Joshua Goldstein has an article in Foreign Policy (and apparently a book coming out on this topic) in which he proves that, as President Obama announced in June, and contrary to popular belief, the tide of war in fact is receding, and has been for some time. Compared even to the 1990’s, we are seeing about half the number of deaths worldwide from war. The U.S. has substantially reduced troop levels in places like Korea and Europe, and when withdrawals from Iraq and Afghanistan are finally complete, will have fewer troops abroad than at any time since the 1930’s. There are far fewer civilian casualties from war than in decades past. Some intractable conflicts (e.g., Northern Ireland, Bosnia, Kashmir) have subsided. The great powers have essentially renounced wars with one another. And the UN seems to have figured out how to make peacekeeping work in some areas. Obviously, there is still a lot of war going on, and too much death and destruction from war, but we are so focused on all that conflict, that we might not realize just how greatly the scale of war in general has been reduced compared to past decades.

I remain fairly pessimistic on this subject, because it’s hard to imagine that with expanding populations and increasing resource competition, we will not be facing some substantial man-made cataclysms and conflicts in this century. Perhaps we are only enjoying a temporary, and relative, lull in war activity. But Goldstein’s thesis is still fascinating, because it goes so much against conventional wisdom. And it’s probably disconcerting to a lot of people in the hate and fear business, those who have been trying to promote the fearsomeness of some new enemy or other ever since the end of the Cold War eliminated our most powerful enemy. The idea that we can actually measure progress away from war provides hope that mankind might finally be learning how to resolve at least some large scale conflicts without the waste and destructiveness, of war. 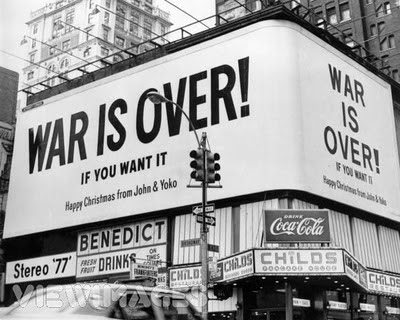 The next two years present Scotland and the rest of the UK with a unique opportunity. How we conduct the discussion of the constitutional question (whether or not Scotland should...

Interview with Don Saposnek – Views from the Eye of the Storm

This is the complete interview by Robert Benjamin with Don Saposnek, a leading family mediator, editor and writer, filmed as part of Mediate.com's "The Mediators: Views from the Eye of...

From Gini Nelson's Blog Engaging ConflictsThis concludes Mary Greenwood’s series based on an excerpt from Chapter 9, How To Mediate Like A Pro, published February 2008. Here are the links...