Using The Arts In Conflict Resolution: Some More Pieces Of The Puzzle? 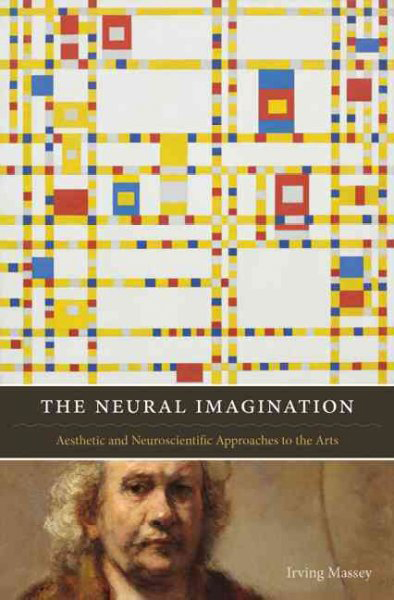 As regular readers know, I explore the use in dispute resolution of playing and making music, drawing, and other activities that access parts of our brains and minds not typically reached through usual conversation and negotiation. Whether these neural regions facilitate resolution has been researched a little (see, for example, studies here) and supported often anecdotally.

A new book will likely provide some helpful information about the arts and the brain. I relish the thought of devouring such a book. The Neural Imagination: Aesthetic and Neuroscientific Approaches to the Arts was reviewed in a press release from the News Center of University of Buffalo.

BUFFALO, N.Y. — In a groundbreaking new book, "The Neural Imagination" (2009, University of Texas Press), Irving Massey, PhD, explores the relevance of neuroscience to the study of the arts.

Subtitled "Aesthetic and Neuroscientific Approaches to the Arts," the book is concerned with the emergence and significance of neuroaesthetics, an alliance born of the recent and rapid convergence of art and technology.

"I undertook to write the book," the author says, "to allay fears in artists and audiences alike that brain science, in its ability to cite parts of the brain excited by dissonance, for instance, or to describe novelty in terms of neural trauma, may 'explain away' the arts."

Massey is professor emeritus of English and comparative literature and adjunct emeritus professor of French at the University at Buffalo, and the author of 10 noted books and scores of articles and reviews, in which he has often employed brain science to explore the work of specific artists.

"I am interested in how certain features of art are clarified by neuroscientific inquiry," he says, citing research that explores neural electrical activity that carries codes through which we experience our environment, and identifies the very neurons that respond to beauty as such.

This book's novel contribution to our understanding of esthetic experiences at the neurological level, however, lies in its combination of scientific and humanistic approaches and the author's full understanding of how each augments the other.

Massey explores the minds of such artists as Ravel, whose brain lesions helped to localize constituent elements of artistic production, and Stravinsky, whose use of dramatically unfamiliar asymmetries, polytonalities and primitive polyrhythms in "Rite of Spring" may have — it has been speculated – over-stimulated listeners' neurons, provoking schizophrenic symptoms and the infamous riots that met its initial performance.

In these pages, too, appear Rousseau, Schubert (and his trout), England's greatest living travel writer (Paddy Fermor), Gerard Manley Hopkins' inscapes, Visconti and Fellini, Shakespeare, Proust and countless other visual, literary and musical artists whose work and/or neurological enhancements or detriments have contributed richly to our understanding of how neuroaesthetic processes operate.

But Massey is not interested only in the fascinating aspects of artistic production and understanding. He considers, for instance, how some artwork — and not only Stravinsky's — provokes responses that are quite astonishing from a neurological point of view, while other works assemble their content from the products of brain science itself.

The possible relations between 19th-century neuropsychological theories of form and the rise of cubism, and modern studies of the visual system in relation to art, are discussed in the book as well.

Massey suggests that so-called "mirror neurons" may have a role in the persistence of representationalism, known in psychology as "indirect perception," which holds that our conscious experience is not of the "real" world, but of a miniature virtual-reality replica of that world in an internal representation.

He also takes up the question of dream language and its dissociation from other elements of dream, the problem of aphasia, the relation between thought and expression and the bearing of these issues on the language of literature.

In one fascinating section, he considers possible links between metaphor and such familiar neurological phenomena as the appeal of the rare and contrast enhancement, as well as metaphor's association with an increase in the levels of oxytocin.

In the second part of the book, Massey says, "I sought to establish a clear-cut boundary between the two approaches to the imagination under consideration here, and to offer a neurologically informed discussion of vision studies, open and closed forms and word-music relationships."

He concludes with a discussion of whether neural events cause or merely accompany mental events and assesses the uncertain neural status of such hypothetical entities as imagination itself.

Should any of this alarm the artist, a final curtain is drawn by former medical student John Keats, who assures us that scientific thought is to be welcomed, not feared by the artistic imagination, a belief Massey's analysis supports.

In fact, Massey asserts that Keats' "Ode to Psyche" "enshrines Psyche, the soul, as the goddess of neuroscience" and posits her as the ideal expression of the collaboration between imagination and the science of the mind.

Now do you see why I am looking forward to reading The Neural Imagination?

This video is presented as part of Mediate.com's 25th Anniversary Conference at www.mediate.com/Mediation2020. Constance Ahrons discusses the pre-joint-cutody model for the relationship between Ex-spouses. The cultural norm was to have...

The Narrative Approach to Mediation

Narrative Mediation is a new approach to mediation that was spurned by Narrative Family Therapy, developed in the mid-1980s by Michael White and David Epston, in Australia. It came out...

Co-Parenting After A Divorce—Tips From A Mediator

Co-parenting starts the day the decision is made to divorce has been made. Even the most amicable divorces need a plan for future co-parenting. Putting your children's best interests first,...