Threat to Mediation Confidentiality in California – Your Help Needed! 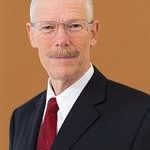 If you appreciate our mediation confidentiality laws or my work on them, then I ask a quick favor. Please take 15 minutes. Read my letter below. If you agree with it, I ask that you send a quick message with the top line “AB 2025 – Oppose” to at least the Chair and Vice Chair of the Assembly Judiciary Committee. They don’t accept your emails directly, so please go through the “Contact Majority Policy Leader Mike Feuer” and “Contact Assemblymember Donald Wagner” lines at the far right side of this web page:

Please say whatever you want about why you’re opposed, and perhaps explain that you’re a mediator or use mediation or believe it’s important. A short adequate email could also just be “I oppose AB 2025 for the reasons stated in Ron Kelly’s March 13, 2012 letter to the Assembly Judiciary Committee on file.” Please copy your comment before hitting submit and email it to me, so I can be sure it doesn’t get lost in a swamped Sacramento.

PLEASE do this today. I’m told time to submit opposition comments is very short for them to be included in staff’s analysis on whether there is any opposition. If you can’t get through on their website please fax your message to the Committee at 916-319-2188.

Please forward this request to anyone else you believe cares and might lend their voice.

Most mediations are already hard for everyone involved. Want to make them fail? They will, if lawyers can’t safely urge their clients to settle.

Our courts are already suffering a crushing scarcity of resources. For decades, mediation has helped lighten that burden. Mediation produces voluntary resolutions, in line with our democratic ideals of self-determination. Hundreds of thousands of mediations take place in California every year.

Now AB 2025 threatens that by cutting a hole in our legal protections for mediation communications (proposed change below).

For fourteen years, everyone in a mediation has been able to take a time out from the battle – to talk frankly and off the record – to try to reach a voluntary settlement. Parties, lawyers, witnesses, mediators, experts – everyone can talk off the record. They can talk frankly because they can be sure they are not creating more evidence to be used against them later (unless it’s a later criminal proceeding).

If AB 2025 passes, a client who didn’t like hearing this could sue their lawyer for urging them to settle instead of continuing the fight. The client would be free to use these communications. But the accused lawyer could not explain what the mediator or the other side said that caused the lawyer to push their client to settle.

AB 2025 would set up a miserable situation in any later malpractice claim. A trial judge or State Bar tribunal would have to either conduct a completely unfair process, or find a way to ignore our current confidentiality protections. Either way is wrong. A judge might decide that to run a fair hearing he or she had to admit into evidence all communications between lawyer and client discussing what they heard from the mediator or other participants.

** If you let in only selective mediation communications, it’s completely unfair to the accused. If you let them all in, there’s no more confidentiality.** That’s why our current laws were written the way they were. That’s why they’ve worked well for fourteen years. Don’t change them. Everyone in our state has benefited from the current confidentiality protections for mediation.

As the California Supreme Court found in its recent unanimous Cassel decision upholding our current laws:

…the Legislature might reasonably believe that protecting attorney-client conversations in this context facilitates the use of mediation as a means of dispute resolution by allowing frank discussions between a mediation disputant and the disputant’s counsel about the strengths and weaknesses of the case, the progress of negotiations, and the terms of a fair settlement, without concern that the things said by either the client or the lawyers will become the subjects of later litigation against either. The Legislature also could rationally decide that it would not be fair to allow a client to support a malpractice claim with excerpts from private discussions with counsel concerning the mediation, while barring the attorneys from placing such discussions in context by citing communications within the mediation proceedings themselves.

Yes this is formal judicial language, but it hits the nail right on the head.

AB 2025 would cut a hole in current mediation confidentiality protections by adding 1120 (b)(4):

Section 1120 of the Evidence Code is amended to read:… (b) This chapter does not limit any of the following: … (4) The admissibility in an action for legal malpractice, an action for breach of fiduciary duty, or both, or in a State Bar disciplinary action, of communications directly between the client and his or her attorney during mediation if professional negligence or misconduct forms the basis of the client’s allegations against the attorney.

Mediating since 1970 and arbitrating since 1986, Ron has initiated and guided enactment of dozens of key sections of California law protecting the integrity of ADR. He's a founder of two of California's main ADR professional organizations. He's been honored with eight major awards for his pioneering work in building… MORE >

One beautiful morning my toddler was playing in his Cozy Coupe toy car when it was time for me to take him to playgroup. He was having a great time...