The Brain Is Hardwired For Fairness And Equality In Unusual Ways

Over this year, I have had countless times when I have heard my son say, “It’s not fair” about something that happened on the playground at school. Usually, I have to talk about how even if it is not fair, there are certain constraints that he may have to face. He usually begrudgingly goes up to his room to ponder why – when Roger took cuts in the handball line – that he has to live with the unfairness. Come to find out that my son’s sense of fairness and equality in treatment is hardwired in his and everyone’s brain. According to new research, the human brain physically wants things to be fair and equal. Amazingly, scientists from the California Institute of Technology (Caltech) and Trinity College in Dublin, Ireland, have become the first to have photographs (MRI) to prove it.

Specifically, the team found that the reward centers in the human brain respond more strongly when a poor person receives a financial reward than when a rich person does. The surprising thing? This same pattern holds true even if the brain being looked at is in the rich person’s head, rather than the poor person’s.

“It’s long been known that we humans don’t like inequality, especially when it comes to money. Tell two people working the same job that their salaries are different, and there’s going to be trouble,” notes John O’Doherty, professor of psychology at Caltech, Thomas N. Mitchell Professor of Cognitive Neuroscience at the Trinity College Institute of Neuroscience, and the principal investigator on the project. However, what we apparently didn’t know is how much the brain really disliked inequality of treatment.

“In this study, we’re starting to get an idea of where this inequality aversion comes from,” he says. “It’s not just the application of a social rule or convention; there’s really something about the basic processing of rewards in the brain that reflects these considerations.”

The study found that the reward centers in the volunteers’ brains — reacted to the various scenarios differently depending strongly upon whether they started the experiment with a financial advantage over their peers. The study made subjects in experiment more or less poor compared to others in the study. 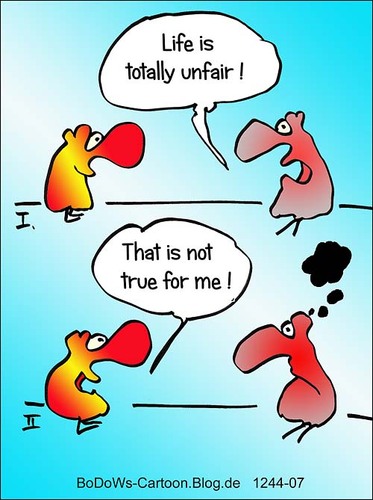 “People who started out poor had a stronger brain reaction to things that gave them money, and essentially no reaction to money going to another person,” Mr. Camerer, a co-author, says. “By itself, that wasn’t too surprising.”

The discovery finds that the brain’s positive reaction is not just when we are self-interested, adds O’Doherty. “They don’t exclusively respond to the rewards that one gets as an individual, but also respond to the prospect of other individuals obtaining a reward.”

“As a psychologist and cognitive neuroscientist who works on reward and motivation, I very much view the brain as a device designed to maximize one’s own self interest,” says O’Doherty. “The fact that these basic brain structures appear to be so readily modulated in response to rewards obtained by others highlights the idea that even the basic reward structures in the human brain are not purely self-oriented.”

Having watched the brain react to inequality, O’Doherty says, the next step is to “try to understand how these changes in valuation actually translate into changes in behavior. For example, the person who finds out they’re being paid less than someone else for doing the same job might end up working less hard and being less motivated as a consequence. It will be interesting to try to understand the brain mechanisms that underlie such changes.”

This physical reaction could party explain why there is so much trauma associated with early offers or demands by parties that are so far out of the realm of possibility as to make them unfair. Many times people have a visceral reaction to unfair offers — and that reaction can often be violent (in the non physical sense). Indeed, just yesterday I had a mediation that one side felt was going in an unfair fashion. The plaintiff felt that the offers being provided by the insurance company were far below the value of the case. The plaintiff felt that the end of the day number was also far below what was “fair” for the case. This presented a huge obstacle to overcome. 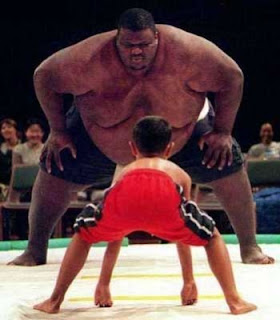 In my case, time was an important ally to allow the party to digest the information and for the logical brain to rationalize and make sense of the instant physical reaction that is now apparent was going on. Second, we discussed that although the plaintiff may perceive the result as unfair, what would be their reaction to a possibly even more unfair jury verdict in a very difficult jurisdiction. That time and discussion was helpful in allowing the party to finally realize that even if the end offer was unfair, it was better than what could happen at trial.

This brings up an important point: People’s initial reaction (which could be physical and uncontrollable) do not dictate the end outcome. Given time and effort that initial sense of unfairness might be overcome given the right conditions to demonstrate that some sense of fairness or justice can be delivered.

How the world has changed! It used to be that divorcing couples would fight over family pictures, music collections and fear losing contact with their absent child. Digital pictures, digital...

Indisputably As an arbitrator and teacher of arbitration, I’ve noticed that legal issues are more frequently the focus in arbitration proceedings, both non-labor and labor. I have watched non-lawyer representatives...