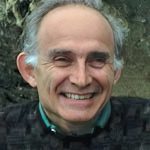 Ah, the joys of parenting. Did we sign up for this? Who said we would need to be referees? Parenting was supposed to be about loving, nurturing and educating our children. I can’t tell you the number of times my three children would squabble about food, toys, space or (most contentious of all) control of the TV remote. So, when these arguments happen, and they will, what’s a parent to do?

We can send them to their rooms for a time-out, where they will undoubtedly use the time to plot revenge. We can put them in separate rooms and shuttle back and forth trying to convince them to be fair or reasonable. We can take away privileges such as computer time or visits with friends. We can punish with groundings or extra chores or we can offer rewards for good behavior. As parents, all we want is peace and quiet. We just want our children to get along. So, how can we help them resolve their disputes quickly and effectively—for their sakes and ours?

Here are some suggestions that might work although you won’t always be successful. I certainly wasn’t and I’m supposed to be an expert at conflict resolution. Sometimes children just seem to need to argue. Stick with it. These techniques will work most of the time and make our job as parents a little easier.

1. Don’t try to solve the problem for them.

A parent tried to stop an argument between two sisters over an orange. Each one insisted she was entitled to the orange. “I saw it first.” “You don’t need it.” “It’s mine.” Frustrated and not wanting to spend time sorting out who was right, the parent simply cut the orange in two. One sister peeled the orange, discarded the peel and ate the fruit. The other peeled the orange, threw away the fruit and kept the rind. Amazed, the parent asked the two to explain what was going on. One sister said she wanted to eat the orange; the other wanted the rind to make muffins. Both could have had 100% of what she wanted, and instead got only half. The moral of the story? Take the time to ask why…why do you want the orange? Not why are you fighting with your sister? Not why can’t you two get along? Ask why is this so important to you that you are fighting over it?

In spite of how annoying and frustrating their argument is for you, sometimes the best thing to do is….nothing. Invariably, parents enter in the middle of the argument. We don’t know how it started or why. As long as there is no pushing, shoving, hair pulling or punching, let it be. It’s difficult to listen to your children fight. You want them to be loving and cooperative. You want them to get along and leave you alone. When you hear the shouting and arguing, it’s difficult not to step in and make things right. But, remember, you don’t know what this fight is really about. So, let them go at it. Often, they will tire of the argument and it just fades away. Other times, they will find their own solution. Research shows conclusively that when people resolve their own conflicts, they feel a higher level of satisfaction than they would accepting a solution imposed by an authority figure such as a parent, teacher or judge. As well, such solutions tend to be more sensible and sustainable.

Recently, I was babysitting my grandchildren (ages 6 and 3) while their parents were out for the afternoon. They got into a screaming match over some crayons. I stopped them and asked the older one what was her problem. I asked the younger one to listen to her. This may seem far too formal and structured, but it stopped the fighting and got them talking instead of grabbing the crayons. She told her brother that it was OK for him to use the crayons that had already lost their tip, but not the new ones. There were plenty for him to use, so he agreed and the problem was solved. 3 minutes is all it took from the time of my intervention until they returned to their coloring books and peace was restored. Granted, this was an easy one, but the technique will work for any problem and for children of any age.

4. Don’t take them or yourself too seriously.

Can you laugh at these situations? Find the humor in them? Many times my children heard me say:“this is silly argument number 4563.” As adolescents, they glared back at me sometimes, angry that I was trivializing their urgent need to see the latest MTV video or watch a college basketball game. But, it stopped the fighting and provided an opportunity for them to find a solution. My comment interrupted the immediacy of the argument, lowering its intensity and allowing them to think about alternatives. In the same way, you can distract younger children from their arguments simply by tickling them or acting silly and, in the space created by your playfulness, they will often figure things out for themselves.

5. It’s their argument, not yours.

The most helpful thing I have learned mediating for the last 30 years, is to recognize that the conflict is not mine. I didn’t cause it or play any part in perpetuating it. And, I am not responsible for resolving it. As parents, we can help our children learn how to cooperate and how to disagree without fighting and falling out. We want them to respect others, including their siblings and parents. When there is a disagreement and we suggest a solution, it is almost always rejected by both children. When we try to “make peace”, our involvement frequently causes the dispute to escalate as each child tries to persuade us to their point of view. A simple approach is to ask whether they want your help. Sometimes they do and sometimes they will tell you to butt out. Unless the argument is likely to cause physical harm, why do you want to get in the middle?

Use these simple methods to help your children resolve their disputes. If you do, they will learn these methods too. They won’t avoid conflict, but their disagreements will be less disagreeable and that will make life a lot more agreeable for us parents.

After 40 years I ended active practice as a mediator.  Now, I am engaged in writing, editing and mentoring.  My current project is Living Together, Separating, Divorcing: Surviving During a Pandemic, an ebook published on Amazon.  Along with my publishing partners, Peter Nicholson and Fiona McAuslan, and with the collaboration… MORE >

Being Offended is a Choice

Mediation and Business Consulting by Kathleen Kauth.Taking offense at even minor things is a phenomenon that has been growing steadily over the last several decades.  Rather than expecting people to...

Audio Blog: A Look Back at Hurricane Katrina

Texas Conflict Coach Audio Blog by Pattie PorterUsing Hurricane Katrina as a model, Cindy Mazur will discuss the phenomenology of disasters in America. Various deleterious factors can be forecast that...

The Wisdom Of My Mentors

I attended the SCMA Fall Conference yesterday for my 9th year. I'll confess that I was less than enthusiastic because for the first time in the past 5 or 6...