Remembering and Missing a Leader, Mediator, Teacher, Legislator and Friend 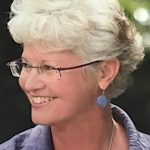 Many members of the mediation community joined hundreds of others in the state to mourn the loss and celebrate the life of beloved mediator, teacher and leader Bryan Johnston. Bryan died suddenly in his sleep on June 7, stunning family, friends, and colleagues. Much has been written about Bryan in places such as the Oregonian, the Statesman Journal, the Seattle Times and blogs. I won’t repeat what has already been said about the great accomplishments he achieved in his too short life. I can say he charmed us all—was a most amazing father to Drew, Courtney, Zach and Jonathan and a devoted husband to his wife and best friend, Anne. Those of us who knew him, miss him very, very much. His absence leaves a most significant void in our lives and hearts. Among the many things Bryan taught us, by his example, is to live each day to its fullest and make time to connect with your family and friends about those things that matter to you. Even if what matters to you today is that Garrison Keillor is doing his annual joke fest! (Perhaps you too will wonder how to know when it is on the radio? I have known that Bryan would call and tell me so for almost twenty years!).

For this ‘journal’, I’ll focus on what Bryan did for mediation in the state. Many of you may have known him from a class he taught, a speech he gave or a mediation he did. In fact, his mediation related work was extremely broad. He:

Many of the articles and blogs I’ve seen suggested that Bryan was the epitome of a mediator—he was what BlueOregon’s Kari Chisholm called him: “Oregon’s Go-to-Guy” (BlueOregon, 6/08). Bryan was who nearly everybody called to help solve tough problems—as a mediator, as a manager and from a leadership position. So, it is no wonder that the OMA Board turned to him to chair its recent Quality Assurances Task Force. While Bryan was busy serving as the Acting Director of the Department of Human Services’ Adult and Family Services Division, teaching classes at Willamette University, the Oregon Executive MBA program, Pepperdine University and Lipscomb University, and maintaining a consulting practice, the quality of mediation services in Oregon was of such importance to him that he graciously accepted the role.

As Bryan explained to me, he felt strongly that more could and should be done to enhance, even assure, the quality of mediation in Oregon. And he felt even stronger still that OMA, with active leadership and member commitment, should be the organization to champion the effort—as a leader of other organizations, agencies and others who share a concern about mediation as a part of their missions. Bryan felt that OMA is the right organization because OMA is made up of an array of practitioners, academics ands users who come together to focus their thoughts and ideas solely on mediation. Because of this focus, he thought OMA should step up and make bold statements about what mediation is and can be.

As we say a very sad good-bye to Bryan, I hope that OMA can help to carry his ideas and hopes for mediation into the future. It strikes me that, with so many people in this organization having been touched deeply by his ideas and his values, we ought to be able honor his life’s work by working together to make certain that OMA is a place that stands up for quality, professional mediation in Oregon. I look forward to joining together with those who also want to see quality mediation grow as a viable practice in Oregon—and in so doing, do our part to honor the life and legacy of a great man, a wonderful teacher, a natural leader—and dear, dear friend.

An oft-common mistake working with high conflict separated parents is to move them towards getting along and working cooperatively for the well-being of their children. It is a lofty and...

Think With Your Head And Your Heart!

From the Blog of Phyllis G. Pollack.       Have you ever made a decision because it “felt” right? That is, you can’t explain the rationale or logic behind how and...

From Larry Susskind's blog on the Consensus Building Approach There are a great many companies, public agencies and not-for-profit organizations facing severe revenue shortfalls.  They  have to shrink their operations,...