Preparing For Strong Emotions In Negotiations: Your Clients’. . . And Yours 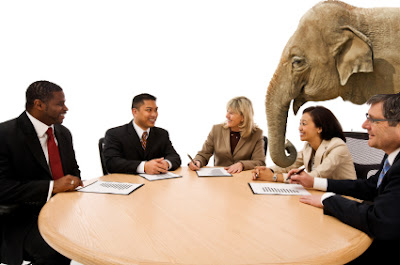 As a practicing lawyer, I never thought much about emotions. If anything, I made an effort not to feel them. Yes, my clients had them, but that’s why they hired me—so that I could be their dispassionate advocate. Yes, I had them, but dwelling on them only made me compassionate, not dispassionate, so I ignored them. That philosophy worked pretty well in trial preparation and trial, but not so well in negotiations and mediations.

Strong emotions come up in every negotiation. Your client feels them and you feel them. It therefore makes sense to plan for, and address, emotions–the elephant in the room.

Prepare your clients by letting them know that during the mediation, they will have strong emotions, mostly negative. Tell them that in similar circumstances you have had clients who felt anxious, perhaps a little fearful, angry, vindictive, used, disrespected, etc. Explain the back-and-forth of negotiations, an arena in which most likely they will feel devalued. A party in a recent mediation made this point beautifully: he said he felt like a used car being haggled over.

Prepare yourself. It’s a rare mediation in which at least one lawyer doesn’t get angry. The causes are many: a lowball initial offer, a failure of the other side to reciprocate in concessions, a feeling that you are being jerked around, etc. Enter every negotiation with some strategies for dealing with strong emotions: a well thought out plan of concessions, three deep breaths (this actually works—ask the neuroscientists), taking a physical break and walking around outside, becoming the fly on the wall and looking at the big picture, etc.

INTRODUCTION The thin envelope of air that surrounds our planet is a mixture of gases, each with its own physical properties. Global warming is when solar radiation in the form...

From Lorraine Segal's Conflict Remedy BlogLeslie Knope We all enjoy recognition from our peers and supervisors, and in an ideal workplace we’d be appreciated for each accomplishment. But, if our...

Lowry, Randy: Getting Started and Staying in Field – Video

See interview series DVDs at www.mediate.com/Views. Access all Randy Lowry videos here.Randy Lowry talks about why he got into and stayed in mediation: enjoys teaching, relates to a sense of...