Play what you know and then play above that: The role of improvisation in mediation 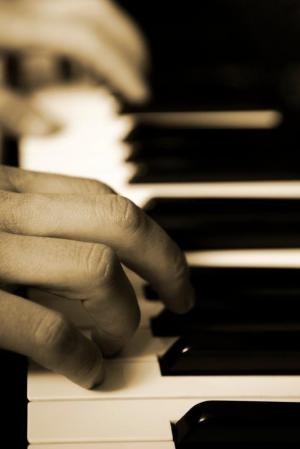 A jazz saxophonist decided to see what his brain was doing when he was improvising. Luckily he was also a neuroscientist so he was able to cleverly set up and conduct the research. Watch a short video here about how they were able to allow musicians (jazz pianists) to improvise while undergoing fMRI scans. (Study link at the end of this post.) What did they find?

From “This Is Your Brain On Jazz: Researchers Use MRI To Study Spontaneity, Creativity” (Science Daily):

It appears, they conclude, that jazz musicians create their unique improvised riffs by turning off inhibition and turning up creativity.
…

… “It’s a remarkable frame of mind,” [Charles J. Limb, MD] adds, “during which, all of a sudden, the musician is generating music that has never been heard, thought, practiced or played before. What comes out is completely spontaneous.”
…

The scientists found that a region of the brain known as the dorsolateral prefrontal cortex … showed a slowdown in activity during improvisation. This area has been linked to planned actions and self-censoring, such as carefully deciding what words you might say at a job interview. …

The researchers also saw increased activity in the medial prefrontal cortex … .  This area has been linked with self-expression and activities that convey individuality, such as telling a story about yourself.
…

Limb notes that this type of brain activity may also be present during other types of improvisational behavior that are integral parts of life for artists and non-artists alike. For example, he notes, people are continually improvising words in conversations and improvising solutions to problems on the spot. …

That improv place in the brain could obviously be very helpful in both parties and mediators at many times in a mediation. Is improv welcome in your mediation sessions?

After many hours over the years of speaking with jazz trumpeter Hugh Ragin, I think jazz musicians have known for a long time much of what neuroscientists and other researchers are now showing. For example, Hugh summed up some of embodied cognition by saying, “Don’t worry if you know the song; your fingers know it so get your head out of the way.” (Of course, this assumes that the musicians have  practiced.) This get-your-head-out-of-the way advice is one reason why some mediations should be more whole-bodied but more about that another day.

Hugh also gives some advice to his musicians that I often follow in my non-musical endeavors. Here’s Miles Davis giving the same advice to the musician in his band:

If you put a musician in a place where he has to do something different from what he does all the time, then he can do that—but he’s got to think differently in order to do it. He has to use his imagination, be more creative, more innovative; he’s got to take more risks. He’s got to play above what he knows—far above it—and what that might lead to might take him above the place where he finds himself right now—and to the next place he’s going and even above that!…I’ve always told the musicians in my band to play what they know and then play above that. Because then anything can happen, and that’s where great art and music happens.* [emphasis added]

Be sure to read Geoff Sharp’s post Jazz brings mediation alive in which he links to a great article from Los Angeles Daily Journal titled “Through Jazz, Bringing Mediation ‘Fresh To Life’“.

*Quoted in Sweet Dreams in America by Sharon D. Welch

RiverHouse Press Blog by Ron KraybillIn training with the Thomas Kilmann or my Style Matters conflict style inventories, you have an option to use either a paper or online version.   I...

From the Blog of Phyllis G. Pollack.       I am in the business of resolving disputes – a “peacemaker” – as many of my colleagues would say. I was reading an...