Pay Mediators From the Get-go 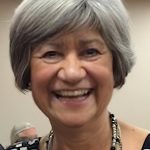 This article is reprinted, with permission, from the June 26, 2006 issue of the New Jersey Law Journal. © 2006, ALM Properties. Further publication, without permission, is prohibited. All rights reserved.

Mediators provide three free hours for each case referred by Superior Court presiding judges. Half that time is allocated for preparation, half for mediation. After the initial three hours, mediators are allowed to charge their hourly market rates.

But, according to a court study, the average number of billable hours per case is only 1.43 hours. Thus, on average, mediators are being compensated for just 32 percent of their time.

Indeed, the Supreme Court Committee on Complimentary Dispute Resolution acknowledges that “the three free hours has caused considerable numbers of mediators to resign from the program, and has unreasonably taxed those who remain on the program rosters.”

However, the committee’s recent recommendation that the mandated free time be decreased from three hours to two will not resolve the problem.

The committee proposal retains the required one-and-a-half hour in-person session requirement, leaving only 30 minutes for mandated preparation tasks. These include studying the parties’ submissions, making status reports to the court, and scheduling and conducting the telephonic conference to explain the mediation process, set ground rules, schedule mediation sessions and undertake other tasks.

Moreover, the committee’s proposal continues to belittle the professional status of mediators, the majority of whom are attorneys. That is why the New Jersey Association of Professional Mediators has an alternative proposal for compensation.

We recommend elimination of mandated free or reduced fees, allowing mediators to charge their individual billing rates from the start of the mediation referral. Compared with the other costs of litigation, mediator fees range from insubstantial to nominal. Mediation is not a barrier to access to the courts. On the contrary, it offers the only affordable option in the judicial system for many parties.

Judicial and other court personnel receive reasonable compensation by New Jersey taxpayers for administering and overseeing the CDR mediation program. Attorneys are paid reasonably by their clients for their participation in the mediation process. It is incongruous that the professionals who actually deliver this valuable service are the only participants required to do so without reasonable compensation.

If the Supreme Court elects to continue to require mediators to provide services at below-market rates, we recommend adoption of a three-county pilot program of voluntary mediation, with opt-out provisions in place of the current mandatory system. An opt-out arrangement would require the signature of the attorney and the client after having reviewed materials describing mediation and its advantages. The CDR report rejects consideration of any such program on the ground that it would destroy the system. That assertion is not supported by empirical evidence.

Clearly, a mandatory program will result in more referred cases than will a voluntary program. The true measure is not the number of cases referred, but the number settled. In the mandatory program, litigants and their attorneys decide in advance that they will not participate in the in-person session beyond the required time, and in fact, bolt out the door immediately at the end of that time period.

This engenders disrespect for the legal system because, from the clients’ perspective, they have been required to waste their time and pay their attorneys to sit around for the sole purpose of getting their mediation ticket punched before they can get back on the litigation calendar. Under a voluntary system, those cases would never go to mediation.

A voluntary program renders moot all the knotty and contentious issues raised by the mandatory program. Access to the courts is made moot as well because any party can reject a referral.

And, there could be no reasoned objection to mediators being compensated at market rates from the first hour. The advantages of a voluntary program are many and obvious.

The disadvantages and risks of a pilot program are modest and remediable. If the number of cases mediated diminishes significantly, the three counties can return to the mandatory system.

Three free hours is unacceptable, but two free hours is not the solution. The time for free mediation has come and gone. Let’s start paying mediators fair compensation for the valuable and cost-effective service they provide the court and the public.

Anju D. Jessani, MBA, APM, served as President of the New Jersey Association of Professional Mediators (www.njapm.org) from 10/1/05-9/30/07 and on the NJAPM Board of Directors for over 10 years. She established her mediation practice in 1997, and works full-time as an ADR practitioner, primarily in the areas of family and divorce mediation… MORE >

I have been thinking about my colleague Victoria Pynchon's recent post on evaluative mediators. There is a saying that "less is more."  Or as we are somtimes told:  don't overdo...

In a hall of mirrors, life will imitate art, will imitate life . . .  So too, the film Social Network, based on the real life origins and disputes surrounding...

Responding To The Tactic of No Settlement Authority at Mediation

This article is republished with the permission of the CPR Institute for Dispute Resolution.You have now paid $1000 for the privilege of participating in a mediation of a catastrophic injury...