Open The Door To A Better Future!

From the Real Divorce Mediation Blog 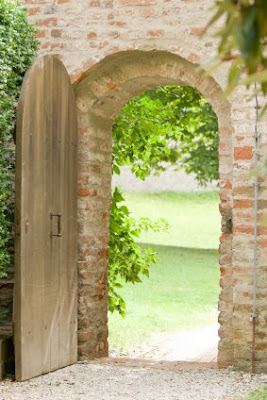 “Isn’t mediating in the same room only for couples who are cooperative? I don’t feel comfortable talking to my spouse and don’t want to sit in the same room with them! They are much more powerful and I don’t want to listen to their barbs and blaming!”
Mediation is not easy….however, joint session mediation opens doors and builds cooperation! Couples cannot change the past but joint session mediation is an opportunity to have a better future.
The mediator manages the process and skillfully helps the couple have a meaningful, respectful dialogue in which they collaborate, plan and create an agreement to move forward. In joint sessions the couple actually learns constructive communication tools to use, not only in mediation but also after the divorce, rather than sticking to their old, adversarial, unproductive communication habits.
Joint sessions advance self-determination and empowerment because couples actively participate and make decisions…..they have control of the outcome. Durable agreements are likely because the participants make decisions thoughtfully; if concessions are made, they chose to make them and understand why.
In contrast, shuttle mediation reinforces differences by actually “separating” the couple into two rooms; it keeps the wall between them…..literally! Couples stay stuck in positions, each side is worn down, and decisions are made under pressure, not for a better future, but to simply stay out of court; usually both spouses feel like they “lost”. The “agreements” are not embraced and frequently are not even understood. The result is usually increased acrimony that haunts them in the future!
Yes, mediating in the same room can be uncomfortable, even stressful. But it is far less stressful than preparing for litigation and spending hours on end in shuttle mediation where you are never really even heard!

Debra Synovec, a Seattle-based mediator and lawyer, has mediated divorces for 20 years. She believes in empowering the parties to reach their own resolution. MORE >

What is Marital Mediation or Mediation To Stay Married?

Is Mediation the Golden Opportunity to put a Square Peg in a Round Hole?

I learned something last weekend about laws in other nations when I had drinks with a colleague from the U.K. and another from Ontario, Canada at the Board meeting of...

On Tools and Their Dangers

We, like all professionals, focus most of our attention on making and using tools. We have jobs to do, expectations to meet, and tools are extensions of our selves. They...