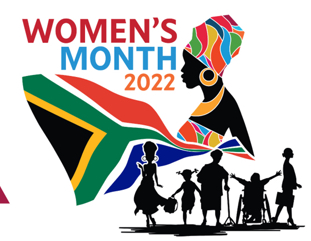 This is a hybrid event, with participation both online and in person at PRIO. The event will be streamed on Microsoft Teams at this link.

In the month of August, South Africa celebrates Women’s Month and commemorates the more than 20,000 women who marched to the Union building on 9 August 1956 in protest of the extension of Pass Laws to women. A system meant to control women even further and reduce women to passive beings. Women’s Month is a tribute not only to the thousands of women who marched on that day in 1956, but also a tribute to the pioneers of the women’s movement in South Africa. In an effort to highlight the role that women played at grassroots level during the liberation struggle, the South African Embassy in Oslo and the Peace Research Institute Oslo (PRIO) are co-hosting a hybrid lunch seminar exploring the role of mediation capacity building programs in equipping women to play a meaningful role on the grassroots level.

South Africa and Norway continue to collaborate within the United Nations on the Women, Peace and Security (WPS) Agenda and promote capacity building on the African continent. Norway has been a key partner on the continent, specifically within the Women Mediators Capacity Training, which culminates annually in the Gertrude Shope Dialogue. The program capacitates women to play an instrumental role in mediation efforts on the continent. As conflict trends on the continent, and more specifically in South Africa, are increasingly spurred on by tensions at the grassroots level, there remains a need to identify how women mediators can be utilised to address these challenges. Women and children continue to be adversely affected by conflict and capacitating women at grassroots level, through programs such as the Gertrude Shope Women Mediators training, can empower women to be more responsive, proactive and resilient in the face of conflict.

The panel discussion will provide an overview of the existing cooperation between South Africa and Norway on Women Mediators Capacity Training and explore how this cooperation can be expanded to include mediation training for women at grassroots level. Panelists will provide an overview of lessons learnt from various capacitation efforts and how women can be better utilized at grassroots level. Additionally, South Africa and Norway’s work on the establishment of a Women Mediators Network, both regionally and globally, will be discussed and it will be explored how the network can be utilized to strengthen the work of women mediators at grassroots level.

This article was originally posted during October of 2006. That was a time when the Bush administration absolutely refused to talk with Iran. This outraged many Americans, including many mediators....

Recovering From A Big Mistake

In my experience, one of the most persistent sources of interpersonal conflict is the inability to own up to and correct mistakes. Our first impulse may be to conceal an...

Disputing Blog by Karl Bayer, Victoria VanBuren, and Holly Hayes The Nurse Together blog has posted a four-part series on conflict in the healthcare setting. The first part looks at...