Pursuing mediation in a time of war 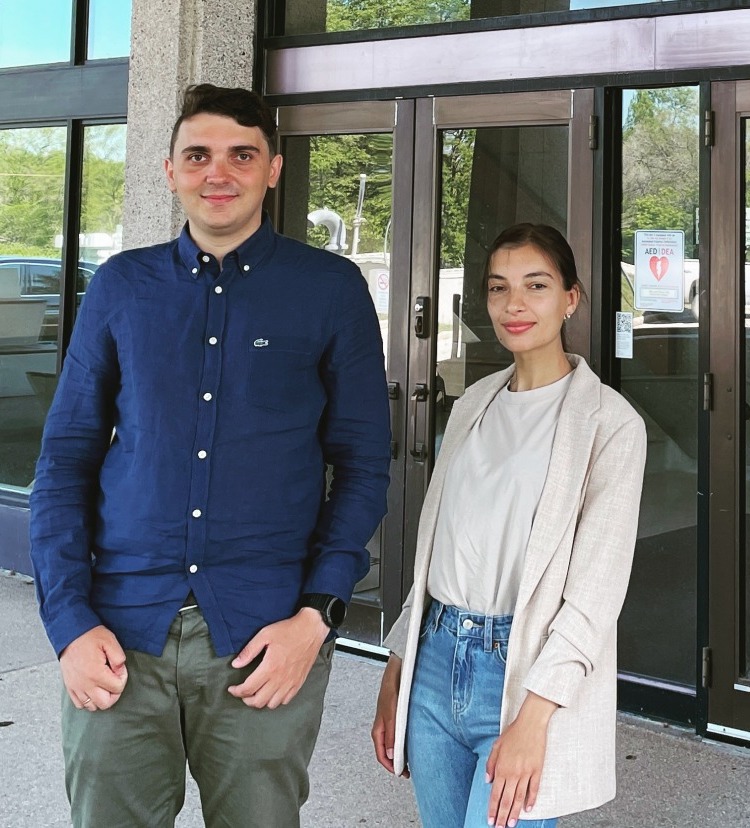 When Natella Malazonia began her career path in law 12 years ago, she had little idea how much conflict would shape her life. An undergraduate student at Donetsk National University in Ukraine, she completed her bachelor’s degree in 2014, with hopes of continuing her studies in law.

But shortly before she graduated, Russian military invaded the Crimean Peninsula, igniting the Russo-Ukrainian war. The military conflict in Donetsk forced Natella to put her plan to continue her studies on hold, as she stayed at home for her safety. The following year, Natella was able to move to Kharkiv to pursue her master’s in law.

While attending Karazin Kharkiv National University, she met Illia, a fellow law student who shared her values and desire to use their legal education to create positive change in the world. Drawn to ideas of restorative justice and the importance of mediation in resolving conflict, the couple began a relationship and were married the following year.

In addition to their scholarly work, the couple started a business together – a coffee shop named Philosopher – choosing the name as a place for “thinking and coffee”, while conducting research for a private research institution on constitutional rights, consumer rights, and discrimination.

Just Court ADR by Susan M. Yates,Jennifer Shack, Heather Scheiwe Kulp, and Jessica Glowinski.People who have been involved with family law are likely to have encountered mediation, especially in child-related...

After twenty years practice and at the point of retirement, one of my mediator colleagues reflected on her experience of working with people in dispute. What struck her most forcefully...

Why Mediation Would Benefit In The Adrian Peterson Saga

If you have been following the current saga between Adrian Peterson, The Minnesota Vikings, and the NFL, then you already know that Peterson is making a reluctant return to the...