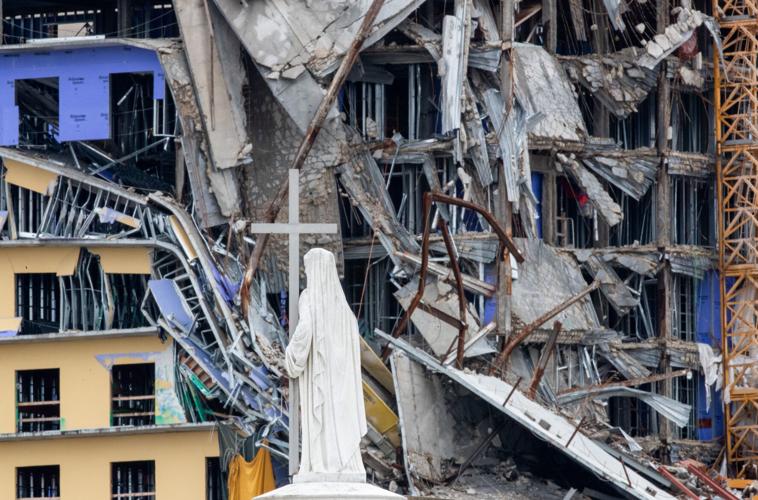 Almost three years after the Hard Rock Hotel partially collapsed while under construction, killing three workers, a mediator is trying to settle dozens of claims filed in Orleans Parish Civil District Court against the developers and construction contractors.

Judge Kern Reese appointed John Perry Jr., a Baton Rouge mediator, as special master to arbitrate a settlement between a committee of 13 plaintiffs’ attorneys and the companies involved in building the 18-story hotel that crumbled on Oct. 12, 2019. The claims range from business losses to worker injuries and death.

Reese signaled early on that he wanted the civil cases settled altogether, but there has been almost no movement for the last two years, and no witnesses have even testified in any depositions. The developers of the project, 1031 Canal Development, and owner Mohan Kailas have negotiated settlements in some of the cases individually, with Perry’s help.

A separate criminal investigation led by Orleans Parish District Attorney Jason Williams has yet to produce any charges related to negligence in possibly causing the accident. And the U.S. Occupational Safety and Health Administration issued safety violations against the designer, prime contractor and some subcontractors, but lead engineer James Heaslip is still appealing his case.

If you are of a certain age, you will vividly recall where you were forty years ago when you learned that the unthinkable had happend -- another Kennedy brother had...

Hopefully now you've had a look at The Green, programming at the Sundance Channel or read my last green post so this will make some sense.The other show I adore...

The Importance of the Relationship: Using Checklists to Improve Discussions

The Importance of the Relationship; What are the expectations; and what should be discussed? The relationship between the Air Traffic Manager (ATM) and the National Air Traffic Controllers Association (NATCA)...