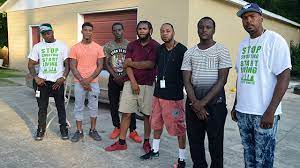 As Durham continues to grapple with the problem with gun violence, members of the group Bull City United said they are constantly working to address the problem through conducting mediations in the community.

Funded by both city and county tax dollars, Bull City United is made up of 25 members who have been through the criminal justice system and who have ties to some of the at-risk communities in Durham.

According to a report Bull City United presented to Durham City Council members- during a work session on Thursday, BCU conducted 1,365 mediations in these six neighborhoods during the 2022 fiscal year.

“In my eyes and the eyes of our staff, this program is working tremendously,” said David Johnson, the Bull City United Supervisor.

It was at the beginning of the 2022 fiscal year when Bull City United started their expansion and the group went from seven members to 25.

The report also showed that in two of the census tracts they cover, there were zero shootings in the last three months of the fiscal year.

“You put your lives on the line every day that you go to work,” Durham Mayor Elaine O’Neal told members of BCU during the city council work session.

Getting to Yes with Yourself: Book Review

I am sure many of you have read Getting To Yes, Getting Past No, and Beyond Reason from the brilliant people who started the Program on Negotiation at Harvard, so...

If How Can I Make Money From Mediation is the Wrong Question; What is the Right Question?

In response to my newsletters, I and a correspondent formulated a question, that I would like to ask people to respond to -- with the hopes that I could put...

Civil Negotiation and Mediation by Nancy HudginsWhich door to choose? It only takes 40 hours of training to become a mediator, and if you’re a judge, you get a bye....