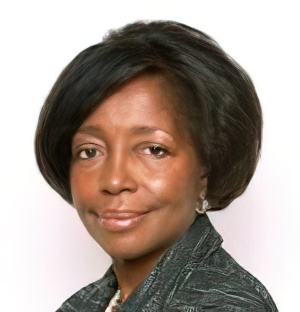 Sheryl Jackson-Matthews is an experienced credentialed mediator and arbitrator. Ms. Jackson Matthews has been in the mediation, arbitration industry for over twenty years. She specifically has performed numerous arbitrations and mediations for various public and private entities across the state of Texas.

Ms. Jackson-Matthews’ mediation|arbitration style is flexible and enables parties to tailor a dispute resolution mechanism that suits their underlying needs and interests. Additionally, her speed of rendering a arbitration decision, her confidentiality, and finality often permits parties to preserve their existing relationships and protect their reputation with a particular industry. This approach to arbitrating and mediating, coupled with Ms. Jackson-Matthews’ high ethical standards establishes the basis by which she conducts her ADR practice. Her ethical standards include full disclosure, from the beginning of the hearing until the end. If discovered that a conflict exists, Ms. Jackson-Matthews will disclose the conflict as soon as possible. Moreover, Ms. Jackson-Matthews never engages in ex-parte communications as the appearance of impropriety is an important factor in remaining impartial. Finally, Ms. Jackson-Matthews conducts each hearing fairly, remaining cognizant of any biases she may develop during the process.

Ms. Jackson-Matthews holds a Master of Business Administration degree from Ashford University, Clinton Iowa. Ms. Jackson-Matthews also holds advanced certification as a certified paralegal, with a specialization in contract law. She has participated in various symposiums and training courses relative to arbitration which include, but are not limited to, nine classroom hours in arbitration training and ethics, in compliance with the Alternative Dispute Resolution Procedures Act §154.052, Texas Civil Procedures & Remedy Code Annotated and she satisfies the standards of the Texas Mediation Trainers Round Table, Texas Association of Mediators, the Better Business Bureau of Greater Houston and South Texas, and the Texas Mediator Credentialing Association. Ms. Jackson-Matthews also holds a certificate of training in Basic Mediation and Advanced: Family-Divorce Child Custody Mediation forty and thirty interactive classroom hours respectively.