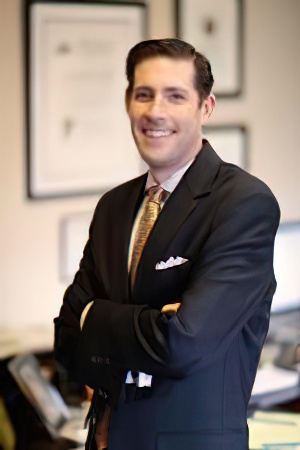 Gladstein Law Firm recognizes every personal injury case has individual characteristics. Therefore, Seth Gladstein carefully reviews each case, and makes sure each case receives the personal attention and dedication it deserves. No matter how intimidating the case may seem, Gladstein Law Firm is prepared to fight for its clients.

Seth graduated from the Chicago-Kent College of Law in 2001. After graduating, Seth moved to New York City, where he practiced with one of the city’s most respected and distinguished medical malpractice defense firms for almost four years. While there, Seth defended some of the country’s leading physicians and hospitals, including New York-Presbyterian Medical Center, Memorial Hospital for Cancer and Allied Diseases, and North Shore University Hospital. These malpractice cases involved numerous medical specialties including ophthalmology, medical oncology, surgical oncology, orthopedics, obstetrics and gynecology, psychiatry, internal medicine, and cardiothoracic surgery, among others.

In March 2011, Seth opened the Louisville, Kentucky law firm, Gladstein Law Firm, PLLC, to help injured people recover against those who have wronged them.

Louisville injury lawyer, Seth Gladstein, graduated from St. Francis High School in 1993. Seth subsequently received his Bachelor of Arts degree in political science from the University of Michigan – Ann Arbor in 1997. During Seth’s junior year at Michigan, his peers elected him to serve on the College of Literature, Science and Arts’ Student Government. In 1995, Seth worked as an intern for one of Kentucky’s United States Senators in Washington, D.C.