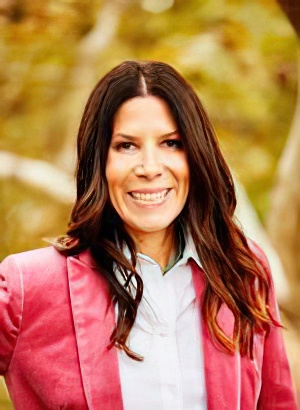 Robin Sax, JD and LCSW is an experienced attorney and clinical therapist.   Though Robin accepts a limited number of legal cases, Robin’s primary practice is Dear Co Parent where she is a Parenting Plan Coordinator, mediator, custody coach who helps parents navigate co-parenting, custody and complex issues related to children.  Much of her practice serves clients who find themselves at the intersection of law and mental health particularly cases where there has been abuse, trauma, restraining orders and/or DCFS involvement.   In addition to working with families, Robin coaches individual clients to co-parent and communicate with their ex in a child-centered and effective manner that reduces conflict and keep children at the center but not in the middle of the issues.

Robin also maintains a limited scope legal practice where she assists people who have a criminal case or cases that require the investigative skills of a former prosecutor.    In her legal practice, Robin’s clients run the gamut from victims of crimes to those accused, college students who have been sexually abused, people who have been harassed, the falsely accused, the bullied, the divorcing and parents who need assistance in determining a co-parenting plan or custody plan.  Robin works with clients who want to avoid court, those who have cases pending in court, those considering filing a case, as well as people who have administrative hearings, Title IX actions, or DMV hearings.

Robin has developed a special niche in the cases where criminal meets family law and vice versa. For example, these cases can involve domestic violence, child abuse, restraining orders, and sexual abuse. Robin has represented victims of crime as well as the people who have been falsely accused of crimes to gain an advantage in a family law case.

In both her practices, Robin draws on her experience as a former prosecutor as well as a clinical therapist.  Robin Sax is a former Los Angeles County Deputy District Attorney who focused on prosecuting sex crimes against children. As one of the prosecuting attorneys for the Child Sexual Assault division of the Los Angeles County Sex Crimes Unit, Robin worked with a multi-disciplinary team at UCLA’s Rape Treatment Center/The Stuart House.  While working with law enforcement, victims’ advocates, social workers, and members of the Los Angeles Department of Children and Family Services, she investigated and prosecuted hundreds of child sexual assault cases.

Robin has written six books that draw upon her vast experience as a criminal lawyer, legal commentator, child advocate and parenting expert.  The titles of her books include: “The Complete Idiot’s Guide to the Criminal Justice System” and “Predators and Child Molesters:  A Sex Crimes DA Answers 100 of the Most Asked Questions” all of which draw on her vast experience as a prosecutor and victim right’s advocate. Her powerful insights regularly appear in Huffington Post, Psychology Today, People Magazine, The New York Times, Cosmopolitan, Marie Claire, The Los Angeles Times and the Women in Crime Ink blog.