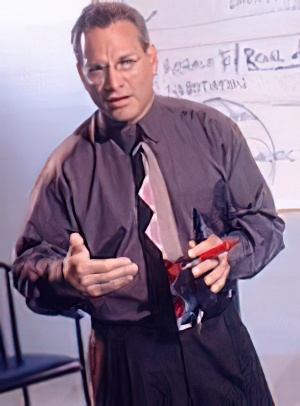 Robert Benjamin has been a practicing attorney since 1975. He was a general practitioner handling domestic, juvenile, personal injury, criminal, business, real estate and estate planning among other matters. Early on in his law career, he became aware that many of the issues he was seeking to resolve for clients legally reflected underlying conflicts that could be more effectively managed out of court by negotiation and mediation. After some years of trial practice, he refocused his professional direction toward mediation and now limits his work solely to negotiation, mediation and arbitration. He has been a practicing mediator since 1979.

Benjamin has both law (J.D.) and social work (M.S.W.) degrees from Saint Louis University. He received his undergraduate degree from Washington University in 1969.

He presents negotiation, mediation, and conflict management workshops, seminars and training courses nationally and internationally. He is an Adjunct Assistant Professor at Washington University, George Warren Brown School of Social Work, and Adjunct Professor of Mediation in the Conflict Resolution Program at Indiana State University. He is a practitioner member and former president of the Academy of Family Mediators (AFM), a former member of the Board of the Association of Family and Conciliation Courts (AFCC), and a member of the Society of Professionals in Dispute Resolution (SPIDR), the American Bar Association Section for Dispute Resolution, and the Missouri Bar Association’s Committee on Dispute Resolution