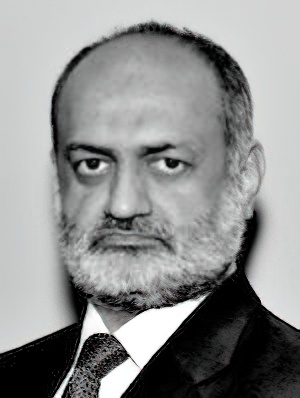 Prathamesh started practice as a Counsel at the Bombay High Court in the Chambers of Senior Counsel Aspandiar P Chinoy after being admitted to the Bar in 1991. While initially appearing only in Courts and Tribunals, his practice has become more focused on ADR mechanisms. He has been appointed as Arbitrator in Ad Hoc as also in Institutional Arbitrations, either as Sole Arbitrator or as a member of an Arbitral Tribunal.

Prathamesh had his first brush with the Mediation movement in India when he attended the mediation & ADR conference conducted as a joint initiative of the governments of Australia & India.

After the amendment of the Civil Procedure Code to introduce court-annexed ADR, on observing a mediation training in 2001, he arranged & participated in a training in 2002 at the Indian Merchants’ Chamber in Mumbai.

He also attended several mediation trainings and related events in India, including those organised by the Bombay High Court.
He proceeded to Europe in 2003 and thereafter to Australia for further and advanced trainings in mediation.

He received Accreditation as Mediator from LEADR, Australia around 2007 and was later on also Certified as a Mediator by IMI.

Besides doing private mediations, on being empanelled as a Mediator by the Bombay High Court, Prathamesh also mediates Court-Annexed Mediation cases in India.

Prathamesh has undergone the Train-the-Trainer’s training from several experienced trainers from different jurisdictions and conducts Introductory, Basic and Advanced Mediation Workshops from time to time on invitation of Courts, institutions, business houses and chambers of commerce. For a few years, he was also a faculty member for the Mediation Trainings for senior lawyers, jointly conducted by the High Court of Bombay and the Mumbai University.

Though having undergone considerable mediation trainings across five continents, Prathamesh continues taking a variety of trainings periodically in different jurisdictions across the globe.

Prathamesh practices as a Lawyer, Mediator/Conciliator, Trainer, ADR Consultant as also as an Advisor (Counsel in Mediation).