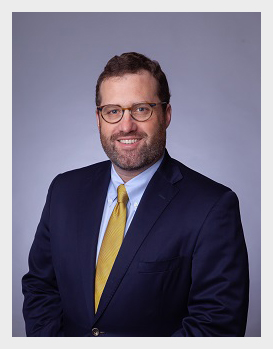 Josh Carroll is a partner in the Macon law firm of Buzzell, Welsh & Hill. A native of Clarkesville, Georgia, he is a 2007 graduate of the Mercer University School of Law in Macon. Mr. Carroll began his legal career at a large insurance defense law firm in Atlanta. He quickly realized he wanted to spend his legal career representing everyday people, not insurance companies, so he returned to Macon in 2008 to join his current firm.

Mr. Carroll is admitted to practice before all state and superior courts in Georgia, as well as the United States District Courts for the Middle District of Georgia and Northern District of Georgia. He regularly practices before the Georgia State Board of Workers’ Compensation. He has been admitted pro hac vice in other jurisdictions and has worked as co-counsel with attorneys outside of Georgia on various matters.

Mr. Carroll currently serves as the Secretary of the Executive Council of the Georgia Trial Lawyers Association (GTLA), and is a former Chairman of GTLA’s Civil Justice PAC. He serves on the Legislative Committee of the State Board of Workers’ Compensation’s Chairman’s Advisory Council. Mr. Carroll has been a member of the Board of Directors for the Workers’ Compensation Claimants’ Lawyers (WCCL) section of GTLA since 2017, and is a past president of the Macon Trial Lawyers’ Association. He is a 2015 graduate of GTLA’s LEAD (Leadership Education & Advanced Direction) Program.

Mr. Carroll was selected to Super Lawyers in 2022, an honor bestowed upon no more than 5% of the lawyers in the State of Georgia. He was previously selected as a “Georgia Rising Star” by Super Lawyers from 2012 – 2020. He has also been previously named to the “Legal Elite,” published by Georgia Trend Magazine.

Mr. Carroll is married to Ashley Pugh Carroll, who is also a lawyer. They have two beautiful daughters, Emily and Maggie. In his spare time, he enjoys playing golf, reading, being a dad, and attending sporting events