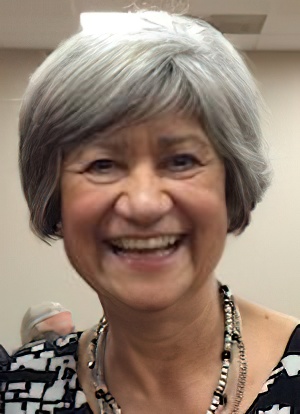 Judge Josefina Rendon has been a 3rd party neutral over 35 years. As judge, mediator & arbitrator she’s handled hundreds of disputes in many areas of law. She’s been a Municipal Judge, a visiting judge in Justice of the Peace Courts & a State District Judge where she presided over a wide variety of civil cases, such as employment, commercial, personal injury, family, real estate and others.

She is presently a mediator and arbitrator and a current member of the Int’l Council for Online Dispute Resolution. As a mediator since 1993 she has mediated over 1,500 cases, many of these in Spanish. She has successfully helped resolve disputes of people of many nationalities. She also still serves as a visiting judge.

Past president of the Assoc for Conflict Resolution–Houston & the Texas Assoc of Mediators. Has served on the board of directors of the Texas Center for The Judiciary and the Harris County Dispute Resolution Center as well as the ADR sections of both the State Bar of Texas & the Houston Bar Association.

Was awarded the Justice Frank Evans Award (at the Texas State Bar Convention) “for her excellence in the field of ADR” and the Susanne Adams Award (at Texas Assoc of Mediators Conference) given to those “who set an example of the rest of the mediation community to follow.” Has been recognized as Pioneer in Houston Law (Houston Lawyer Magazine), a Houston Top Lawyer in Arbitration/Mediation (Houstonia Magazine) & as one of Texas’ Who’s Whos in ADR in Alternative Resolutions (publication of Tx State Bar ADR section).

She also served as Civil Service Commissioner for the City of Houston where she heard appeals of employee disciplinary actions. For almost 4 years, she also taught classes on negotiation for the U.S. Air Force, Army & Navy.