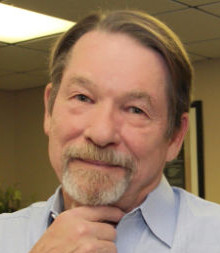 James P. (Jim) Lingl has extensive legal experience both as a litigator and as transactional attorney. Between 1983 and 2008, he led a law firm that dealt primarily in Community Association law, a practice encompassing all aspects of homeowner association operation and management. During that time he was involved with the representation of over 600 homeowner associations between San Luis Obispo to San Diego Counties. He was also involved with the representation of more than 200 individual homeowners in disputes with their associations.

With a background in tort and commercial litigation, Mr. Lingl understands that courtrooms are appropriate venues for the resolution of some disputes. However his experience has taught him that less than 10% of the civil cases that are filed actually reach trial, and that most conflicts are better resolved outside of the judicial system. His extensive experience in handling complex interpersonal conflicts, whether arising in a homeowner association, in the probate context, among neighbors, or between businesses that can benefit from maintaining an ongoing relationship, all have helped to shape his “facilitative to evaluative” mediation style.

A graduate of the University of Wisconsin Law School, James P. Lingl was admitted to the Wisconsin Bar in 1975 and the California Bar in 1977. He received his initial mediation training in 1992 from the faculty of Pepperdine University Law School – Straus Institute for Dispute Resolution in conjunction with the Ventura Center for Dispute Settlement. He has continued to pursue extensive specialized mediation training since that time. In July of 2005 he completed Ombudsman training through the International Ombudsman Association. In October of 2010 he completed his masters degree program in conflict resolution at California State University Dominguez Hills. Mr. Lingl serves as an adjunct professor at the Southern California Institute of Law, where he teaches an ADR course as well as a condominium law course.

Mr. Lingl has served as a mediator for the Los Angeles Superior Court. Jim has served on the Ventura Court’s mediation panels since 1993 and on the California Department of Insurance Panels since 2003. He has conducted more than 1000 mediations, 100 arbitrations, and has represented clients in more than 200 ADR disputes.

My approach to mediation is facilitative to evaluative.