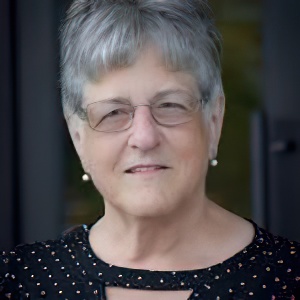 Janet Mitchell works nationwide as an elder mediator utilizing Zoom meetings. She has provided mediation to Indiana and the Fort Wayne area for 34 years, and has mediated over 1,500 disputes. She is dedicated to improving the lives of our elders and their families. She provides elder mediation, and mediation for family businesses, grandparent/grandchild visitation, and family estate division as noted in her website. Janet is on the Indiana Registry of Domestic Relations Mediators and the Registry of Civil Mediators. She taught numerous Elder Mediation training seminars, and directed a national website directory of eldercare mediators in the early part of the last decade. Her 2003 article attached below, “Eldercare Mediation: A New Way to Make Decisions Regarding Aging Parents” was one of the first on the topic, which led to Janet’s being interviewed about elder mediation on TV by Robin Roberts, and by the Wall Street Journal, AARP’s Modern Maturity, the New York Times, and numerous Indiana and national publications.

Janet Mitchell has been a mediator since 1986, originally focusing on divorce mediation, and adding elder mediation, civil disputes, and resolution of governmental conflicts, such as disputes between parents of special education students and special education departments. Janet had worked as a lawyer and law professor for the 10 years before becoming a mediator, and also served part-time as a law professor of mediation from 2013 to 2017.

Janet Mitchell has mediated over 1,500 disputes since 1986 when she moved back to Indiana, bringing mediation with her from Oregon. She worked with the courts and bar associations to promote mediation statewide. Janet provided Indiana Supreme Court-certified 40-hour Basic Domestic Relations Mediation Training and advanced mediation training in elder mediation and a variety of other types of mediation.

Janet uses the most appropriate model of mediation for each dispute. Janet uses an intensive respectful listening approach to conflict, followed by a summary of the topics that need to be discussed, then a focus on resolving each topic. Some government agencies she mediates for require transformation mediation, and some require facilitative mediation, and the circumstances in a given mediation session may also call for a directive mediation approach.

Juris Doctor from the University of Michigan Law School, Ann Arbor, MI in 1976, and Bachelor of Arts from Elmhurst College, Elmhurst, IL in 1972 with high honors, majoring in both psychology and political science. Janet’s 40 hour mediation courses were accepted by the Indiana Supreme Court’s registry of domestic relations mediators and registry of civil mediators in 1992.

The first 20-minute telephone or Zoom appointment is free. Mediation sessions can be set up for 90 minutes, two hours, or other time framework, and the hourly rate is $200 per hour.