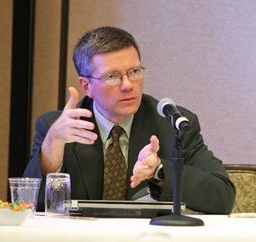 My work is to utilize information and communications technology to help people resolve their disputes.

Colin co-founded Online Resolution, one of the first online dispute resolution (ODR) providers, in 1999 and served as its CEO (2000) and President. Previously, Colin was General Manager of Mediate.com, the largest online resource for the dispute resolution field. Colin also worked for several years with the National Institute for Dispute Resolution (now ACR) in Washington, D.C. and the Consensus Building Institute in Cambridge, MA.

Colin is the author of Online Dispute Resolution for Business, published by Jossey-Bass in September 2002, and The New Handshake: Online Dispute Resolution and the Future of Consumer Protection, published by the ABA in 2017. He serves on the boards of the Consensus Building Institute and the PeaceTech Lab at the United States Institute of Peace. He holds a Master’s degree from Harvard University’s Kennedy School of Government in conflict resolution and technology, a graduate certificate in dispute resolution from UMass-Boston, a B.A. from Haverford College, and he served as a Peace Corps volunteer in Eritrea from 1995-1997.

I was originally trained in 1990 by the Friends Suburban Project in Philadelphia. I have a certificate in dispute resolution from UMass-Boston. I did my court-connected small claims dispute resolution in Quincy, Massachusetts. I have been on facilitation teams for several multiparty, public disputes in the Northeast. Through my work at eBay, PayPal, and Modria, the ODR systems I’ve built have resolved more than one billion disputes around the world in more than 16 languages.

I have a BA in Peace Studies from Haverford College, an MPP in Conflict Resolution and Technology from the Kennedy School of Government at Harvard, and a Graduate Certificate from UMass-Boston in Dispute Resolution.