Antonio Porchia, an Italian poet, once said, “Man, when he does not grieve, hardly exists.”  Although many people interpret grief to mean the death of a person, grief actually involves much more than the death of a loved one.  Grief plays an important and vital role in the mediation and negotiation process.  In fact it may be safe to say that most mediations involve different aspects of the grieving process at different times.

In the context of employment loss, researchers have found that people “mourn” the loss of their jobs.  As noted by Michael Evans and Marcia Tyler-Evans, in their research of grief in conflict, a worker who loses his or her job loses not only income but a loss in status.  “From a grief perspective, the worker is saying, ‘two parts of me are about to die.” 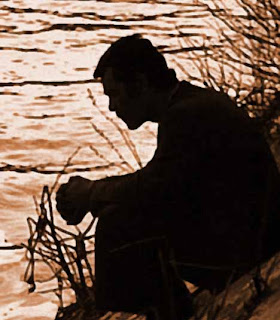 One of the troubling issues in litigation is the fact that many litigants delay the grieving process by resorting to litigation.  According to professor Dwight Golann, people “temporarily avoid the feelings of loss triggered by a dispute by investing another “object” with their feelings…A terminated employee, for example, might escape some of the pain of losing his job by convincing himself that a court will rule in his favor…”  According to Freud, the fact that the loss occurred is simply psychologically prolonged while the person “avoids” the loss.

This delay in dealing with the grief of a loss from injury or insult leads to the  second aspect of grieving that exists in litigation.  Namely, when a party has to mourn the loss of their case.  At some point the party must come to terms that the legal system may not agree with them about the case.  They have to come to terms with reality.  At that time, the parties not only have to mourn the “loss of the case” as they saw it, but also have to mourn the underlying facts at the same time.  Such a double blow is often very difficult to deal with and can create many problems in the mediation context.

In addressing these types of complex emotional issues, it is often helpful to understand that people invariably go through several stages of grief or mourning.  Perhaps the best known model for evaluating and coping with grief has been put forth by Elizabeth Kübler Ross.  Kübler-Ross identified five stages of grief and mourning that people go through when dealing with a loss.  Those stages are Denial, Anger, Bargaining, Depression, and Acceptance.

Denial is where the people reject that the event has occurred.  Often in cases of loss of loved ones, the person might say “That can’t be true.  I just saw him.”  Litigants, as noted above, might stay in this state for a prolonged time if their hopes are riding on the litigation.

Anger is a very important part of the grieving process.  It helps the person who is grieving have a feeling of self-importance.  This stage, although painful to others who have to endure the wrath of anger, can demonstrate that the person values himself and his or her rights.  Anger also is associated with ideations of blame.  Persons in this stage might make statements such as “How dare they accuse me of such a thing. They’re the ones who started it.”

Bargaining is another form of an attempt by the person to try to avoid the loss, but in a different way.

During the Depression stage, the person will feel as if they are helpless and cannot do anything.  For some, this is the darkest and hardest stage.  A person might say, “I don’t care what happens.”

Finally, the person will pass through to acceptance.  At this point the person will acknowledge the action or event and will be able to make meaningful decisions as to the next steps.  In negotiations, a person might say, “Let’s just get it over with.”

It is important to note, that Kübler-Ross never intended for the stages to be a rigid framework.  She stated in 2004, “there is not a typical response to loss…Our grieving is as individual as our lives.”

Very often both sides can go through this grieving or mourning process in the litigation.  In one recent case, a plaintiff had a claim for disability discrimination and wrongful termination.  The defendant claimed it had terminated her for legitimate business reasons.  She had not dealt with the blow of losing her job and felt that the courts would vindicate her.  The facts strongly suggested that the employer did in fact terminate her for business reasons and not based upon her disability.  She remained in denial and anger for much of the day, and then the remaining stages of mourning at the end of the day.

In another case, an uninsured defendant was in the denial and anger stage all day.  Then all of a sudden, he went through the other three stages within a matter of one hour.

In most negotiations, the parties will exhibit at least some of the signs of mourning throughout the mediation process.  On many occasions, a party might not exhibit all five signs; but instead, may only experience three or four of the stages of mourning.

There are several things that one can do when faced with these issues of “mourning a case.”  First, be careful not to misinterpret these mourning reactions as intentional behavior on the part of a litigant or attorney.  For example, anger might be viewed as an intentional tactic on the part of a litigant.  Try to ask questions to ascertain the underlying basis of such reactions.

Try to see if you can label the reaction and then determine if it follows the grieving model and pattern as identified above.  By labeling the reaction, you can avoid misunderstanding the emotion.

If necessary, you can delay the negotiations to allow the participant to work through the emotions.

Don’t take the emotions personally.  It is helpful to recognize that this reaction may be a normal part of the mourning process related to the loss in the underlying case.

Use an intermediary such as a mediator or trusted associate to allow the person to express their feelings privately.

Understanding the issues of grief and mourning relating to a loss of a right or a legal claim can better help you to avoid escalating an already tense situation.  It can also help you negotiate a satisfactory outcome and resolution of the legal dispute.

The Inaugural Issue Of The Federal Bar’s RESOLVER Hits The Newsstands!

Welcome to the first issue of the Federal Bar Association’s ADR Section Newsletter, The Resolver. (right, our fearless leader, Simeon H. Baum) The subjects covered in this issue include the...

From John DeGroote's Settlement Perspectives“In 60 days . . . you will know 80 percent of what you will ever know about a case.”  PD Villareal’s quote was critical to...

Passive peacemaking will not make the world a more peaceful place. But this is the stance we are told to take in the field of mediation because that’s what the...

By Lee A. Hopkins