Empathy Is A Good Thing? Oxytocin, Too? Beware Because Each Has A Dark Side 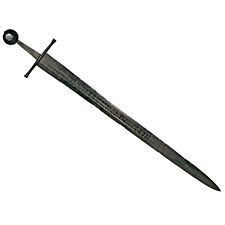 Currently empathy seems to be a sought-after goal. Why? I am not sure because seeking it in the name of good, peace, and collaboration is as silly as seeking focus or communication skills or charisma for the same purposes. Empathy, focus, skilled communication, and charisma are a few of many traits and states that are neutral. When they are used in the furtherance or service of helping or harming another, they assume goodness or badness.

Because empathy is a neutral skill until one uses it, I grow impatient when I hear people blithely stating that we must raise the amount of empathy in our culture or foster it in our children. As a result of my impatience, I've blogged in the past here and here about this mischaracterization of empathy.

Today I blog about it again because I wanted to share with you something psychiatrist and neuroscientist Dr. Jeffrey Schwartz has written on empathy. Before you join, or remain on, the empathy cheering squad, I recommend you read what he has written.

In this piece, Dr, Schwartz also turns a critical eye on oxytocin; it too has a downside, although you might not know it given how, typically, only its sunny side is written and talked about, often by conflict professionals.

Homo Empathicus: a creature with a two-edged sword
By Jeffrey M. Schwartz, M.D.

Empathy is an aspect of the human mind that gets really good press, but as so with many of the qualities esteemed in our celebrity culture it’s a trait that starts to send up warning signals when looked at more than superficially.

We all tend to think we know intuitively what empathy is, and in some sense we do — empathy is that well known mental sense of “making a connection” with other people. It seems so warm and fuzzy.  But problems start when we go a little deeper and

realize that empathy is a lot more than merely connecting with others.  Empathy is in fact a skill, and can very much be a cultivated ability, namely the ability to discern what other people are thinking and feeling.

Well, what’s the problem with that you might ask? Just this:  there need be no particular emotion involved in that discernment.  Empathy can be practiced very effectively in an entirely cold-blooded almost reptilian like way.

Think of the classic example of the highly skilled but unscrupulous used car salesman.  As he assesses his “mark,” the poor sap standing in front of him needing a car but perhaps short on cash and sophistication, the shark like aspects of homo empathicus kick in: the salesman, using skills honed with thousands of previous suckers, starts assessing the emotional, educational, cognitive strengths and weaknesses of his potential patsy.  He, in some very real sense gets to “know” him.  If he’s really talented at his craft actually gets “inside” his mind.   We all know the game, for we have all been on both sides of it in various ways all our lives.  It’s a deep intrinsic part of the human experience.

The problems arise when we fail to see that this salesman is using empathy just as much as the most charitable and well-intentioned social worker, in fact maybe more so.  Because the cold-blooded variant of homo empathicus is not projecting her own good will onto the other person, she is just observing and discerning what’s actually there in the other person.  All for the purpose of advancing one’s own narrow self-interest.  All very non-judgmental in its own way.  Just cold-blooded insight in action –- seeing what’s actually there.   Clearly people who are especially adept at this skill set tend to end up in politics and law, where they can really make a killing.

Recent advances in brain science are highly supportive of this take on homo empathicus.   For instance, key developments in research on the hormone oxytocin, recently called the “goody-goody hormone” in Scientific American magazine.  To be sure, oxytocin is clearly linked with maternal bonding to infants in breast-feeding mothers, and has been tied to various experimental models of enhanced positive empathy (or “mind-reading”) in social neuroscience research.

But the most recent work is digging a little deeper and disclosing the darker sides of intensified social connectedness.  For example, work in 2009 at University of Haifa showed  that a dose of oxytocin increases both greed and gloating in competitive situations.  The same group of researchers followed up this study by showing that a dose of oxytocin significantly increased the ability of healthy male subjects to recognize fear in facial expressions, but not other emotions such as happiness, sadness, anger or surprise.

So yes, empathy is real and has clear biological aspects to it that are important to understand.  But by no means is it always used for good or pro-social cognitive-behavioral outcomes.  It also has deep relevance to understanding conflict and the will to power that all humans share.

From our perspective the key to understanding pro-social mental states and behaviors comes from enhancing one’s moral judgment and deepening our faith in the power of wholesome action.  And my advice to anyone standing face to face with homo empathicus is this:  assess his or her commitment to moral action and wholesome behavior, not the capacity to empathize, before you engage any serious interactions.  Try not to learn the hard way that empathy is a two-edged sword.

Note: Dr. Elisha Goldstein has also posted Jeff's thoughts on empathy. Watch soon for his interview of Jeff; I look forward to reading it, and will link to it when it is available.

And What is Your Biggest Achievement in Mediation?

Kluwer Mediation BlogOnce I was informed by Nan Waller Burnett that her colleagues from the organization Mediators Beyond Borders International (MBB) were heading for Prague and that we might organize...

The way we approach problem solving influences the solutions we can see — and are willing to see. When problem solving gets stuck, sometimes the best way to get unstuck...

Barbara McAdoo shares an anecdote about a judge who revealed to her that he mediates all his cases before he tries them.