Defrauding Clients OK If Done During a Mediation

Every now and then this blog features judicial opinions that interpret mediation confidentiality in seemingly odd ways.  The California Court of Appeals’ August 3, 2012, opinion in Hadley et al. v. The Cochran Firm deserves a place in the pantheon. 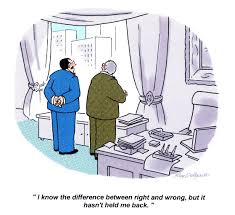 Plaintiffs sued their former attorneys, who had assisted them in asserting claims against their employer.  Plaintiffs alleged that, in the course of a mediation held on July 26, 2008, the defendant attorneys had taken the executed signature page of a confidentiality agreement and stapled it to a purported settlement agreement and general release, thereby settling and dismissing their claims without their knowledge or authority.  Plaintiffs alleged that they first learned that the claims had been dismissed when some of them visited their lawyer’s offices on July 31.

Defendants brought a motion in limine seeking to exclude evidence of the alleged fraud and malpractice on the ground that the actions, events and statements complained of “occurred at an underlying mediation,” and therefore were barred by operation of the Califonia mediation confidentiality statutes.

The trial court granted the motion and dismissed the claim.  The Court of Appeals affirmed.

The appellate court considered that the confidentiality statutes at issue were broad, clear and absolute, barring introduction of evidence not only of statements and events occurring during the mediation, but those “for the purpose of… or pursuant to the mediation.”  This bars even statements that were made by a client to her own attorney, the privilege as to which the client has waived.

“Therefore, communications between a client and his or her attorney are covered by the confidentiality provisions, even if their application would preclude a client from seeking redress for attorney malpractice.”

Mediation is sheathed in confidentiality in order to encourage candor in negotiation and, by extension, to promote the voluntary resolution of civil claims.  But this ruling would make any client shiver at the thought of entering a mediation room; you could end up with a wet ear and no one would ever learn whodunit!

In Oliver Twist, Mr. Bumble is confronted with the law’s supposition that Mrs. Bumble acts at her husband’s direction.  “If the law supposes that, the law is a ass — a idiot,” Bumble replies.  I would not go so far.  But The Cochran Firm certainly has taught teach us how to get our clients to quickly settle those pesky claims, yes?

Tips for Keeping the Kids out of the Conflict

Joy Rosenthal's Mediation Blog“Why can’t my real mom and my foster mom get along?” Lakeisha asked, looking up at me. “Why can’t we all live together in a house so...

How To Have an Unsuccessful Mediation

PGP Mediation Blog by Phyllis G. PollackRecently, I conducted a mediation which from the moment I introduced myself, I knew it would not settle. Certain signs gave it away. The...

Why Civility Matters in Mediation

We are living in interesting times here in America. It is the first time in my lifetime that I can recall a conscious effort to keep my politics and views...