The key to making a smart decision at mediation is to know when to let go and when to push forward – when to settle and when to continue the litigation. This decision, as simple as it sounds, is actually very complex.

During mediation, it often becomes clear that that the case hasn’t worked out the way that a party had hoped. They realize that continuing the litigation will cost too much financially or emotionally, or take too long. Or they realize that the results at the end of the litgation process may not be what they had originally hoped for. But instead of moving on to new opportunities, all too often the party insists on staying the litigation course. Often the course is justified on the grounds that something new will come and change the entire litigation landscape.

The reality is that this concept is very common. Most people don’t know when to cut their losses. They stay in a job or a relationship long after it has ceased being satisfying, or refuse to admit that a project or case is just too overwhelming. Businesses are not immune from this process. Many companies have continued to sink even more money into a financially risky case simply because they have already put so much money into it already.

Indeed, in some sense it is simply easier to stay with the status quo than to change direction completely. However, there is a major cost to continuing the status quo – time, effort, and lost opportunities can be enormous. In fact, most people can recognize this behavior in others, but refuse to see it in themselves. Why?

The biggest reason is that we already feel that we have invested so much in the process and are unwilling to stop the bleeding. This concept applies in every aspect of life. One study found that people who have been already waiting in a line that never moves are more likely to stay in the line – despite the fact that it doesn’t move– than people who first come to the line without having invested the large amount of time. 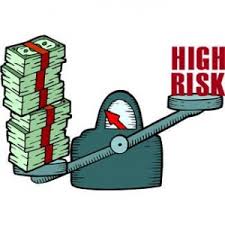 The reality is that once a person has realized that he or she probably won’t succeed or that the results will be bad, it shouldn’t matter how much time and effort has already been put into something. However, most people are too invested to back off their position. Most people focus on the effort in the past and not the future.

According to recent research by Northwestern University psychologists Daniel Molden and Chin Ming Hui, there is a simple and effective way to be sure you are making the best decisions when a things go awry: focus on what you have to gain, rather than what you have to lose.

In one of their studies, Molden and Hui found that participants who had been put in a prevention mindset (focused on avoiding loss) stayed the course approximately 80% of the time. People who were not given any change in thinking also stayed the course in virtually the same numbers. In other words, once invested, most people naturally preferred to wage a losing battle. However, when people were primed to think about potential gains, those participants continued in a losing battle less than 60% of the time.

According to the researchers, when you view your choices in what you have to gain rather than what has been invested, we are more likely to see a doomed endeavor for what it is, and try to make the most of a bad situation.

The key to the decision here is not what you have to gain in the future, but what you have to gain today by stopping the bleeding. If the litigants focus on how much money has been spent to date, they will be primed to continue the litigation; but instead if they focus on how much money can be saved today by not going forward, they are more likely to see the problem with throwing good money after bad.

Showing the parties what they have to lose is critical in being able to focus on the gains. For example, in my case yesterday, at one point the defense offered a substantial sum of money to resolve the litigation. The plaintiffs were concerned that the money was not enough. By having them focus on the fact that if they went forward, there was a significant chance that they could not only wage a losing battle, but they would also lose what had been offered to date. By realizing that what they had in hand was better than taking a risk for the future the parties were able to determine that the settlement was better than the ongoing risk of litigation.

How to Find Help From Domestic Violence

This article looks at how to prevent violent conflicts, especially while quarantined. COVID-19 cases are surging across states, and domestic violence is on the rise as families are forced together...

Peace Talks: What is Divorce Mediation Diana presents an informative and knowledgable description of mediating a divorce. She explains that clients can decide how much if at all to involve...

Conflict is inevitable in the best of times and the easiest of circumstances. Human beings interacting with other human beings are going to run up against misunderstandings, differing needs, and...