Buyers Remorse In Settlement And Mediations: Seven Ways To Avoid It

Recently, I read a blog post regarding attorneys coercing their clients to settle a case. On Victoria Pynchon’s blog, Settle It Now.  This made me think about the issue of buyers remorse that can happen in mediation and how to avoid the issue.

This is an important issue there are known cases of clients suing attorneys (or the other side) after having settled the case. For example, Joe Francis of Girls Gone Wild sued to rescind the settlement.

As a litigator and as a mediator I have heard comments that have made me feel that the client had buyer’s remorse in some way or other.  Sometimes, a client will ask, “did I do the right thing?” or “did I get a good deal?”  Other times, they will outright say, “I shouldn’t have done the deal.”

The reality is that buyer’s remorse happens in some level in many aspects of life.  Purchase of personal items, electronics, home sales, and the list goes on.  I recently bought a camera and had buyer’s remorse the moment I was using the product.  Did I pay too much?  Should I have bought a lesser camera that cost less? 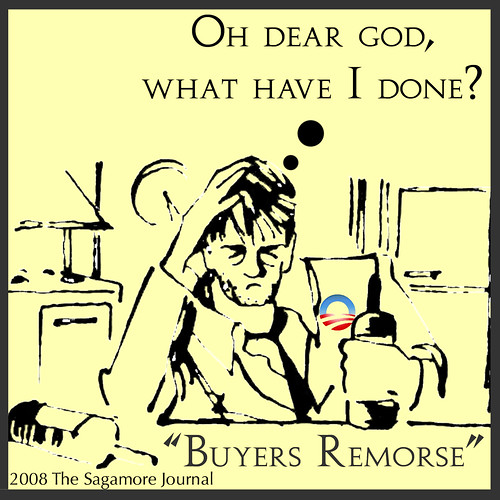 First, why does it occur?  According to research, people are poor at predicting the true state of their emotions.  Second, buyers’ remorse attaches to people’s self confidence about the decision.  Often times, mediation and litigation is a foreign environment and the clients fear that they may have made the wrong decision because of lack of knowledge.  Buyer’s remorse can also be caused or increased by worrying that other people may later question the settlement and claim to know better alternatives.  Another common cause of buyer’s remorse comes from talking to family members and friends, who may mean well, but aren’t happy with the settlement.  Often these people will say things like I could have gotten better, or John got double that amount for his case.

It is important to understand that buyer’s remorse is an emotional response to a serious decision.

First, in these difficult situations, everyone has a lack of confidence.  Now add on whatever insecurities the person generally feels.  That is the recipe for Buyer’s Remorse.  However, buyer’s remorse can be considered a symptom of the need for confirmation – confirmation that the person made a good decision.  In mediation, invariably you will see people who need confirmation that the decision they made is a good one.  In fact, I have had people directly ask me, “have I made a good decision?”

Once that person receives some conformation from others, the buyers remorse disappears.  As such, after the deal has been put to paper, you can help boost the client’s confidence by giving them confirmation that the deal is a good one. You can’t control what other people will say about the deal, but you can control what you say.

Here are some suggestions to help give your client confidence.

First, build trust and rapport with the client from early on in your relationship.  This way when it comes time to making the decision, you already have their confidence.

Second, do not start confirming the sale until the deal is finalized. If you confirm too quickly, the client will only consider that as pressure from you to make the deal.

Fifth, congratulate the person on a deal.  Have you ever gone to an auction?  After the buyer has bid up an extraordinary price for the piece of art, the seller congratulates the bidder and everyone applauses.  This is simply a tool to help avoid buyer’s remorse.  Do the same thing after the settlement.  Call the person a few days later, and congratulate them again.  Your call can often eliminate buyer’s remorse before it gets a foothold in the client’s mind.

Sixth, ask the client for a favor such as asking them to pop by when they are in the neighborhood.  By doing so, you have also implicitly stated that you are confident in the decision and that you are not afraid of meeting them after deal is done.

Buyer’s Remorse is a common feeling in mediations.  The more you prepare your client for the feeling, the better you will have a chance to avoid the legal implications of having a client unhappy with a settlement.

How Do You Call to the Deep?

From Ron Kraybill's River House Press BlogBy adopting practices of interaction largely stripped of symbols and moments to engage Depth, we cut ourselves off from the most powerful source of...

Debating The Meaning Of The ‘A’ In ADR

Our local Whole Foods Market carries a brand of high-end chocolate bars in assorted flavors which boast a variety of exotic ingredients, including — I am not making this up...

Mediators, are your hourly rates keeping you afloat?

From the Mediator Tech blog of Tammy Lenski. Mediators, are you charging what you should be? Are your fees paying your bills and leaving you with money for the piggybank?...