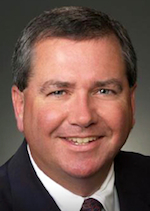 Will Pryor is a Distinguished Teaching Professor, and Homer Mitchell Professor of Insurance and Commercial Law, at Southern Methodist University. Will was born in Arkansas, grew up in Dallas, and attended public schools in Dallas and Richmond, Virginia , before his opportunity to serve during his final two years of high school as a congressional page in the United States House of Representatives. During Will's senior year, at the height of the "Watergate era", he served as the Speaker's Page, the personal page to the Speaker of the House of Representatives (Honorable Carl Albert, Dem.-Oklahoma). As an undergraduate at Yale University , Will was both the Chairman of the student government organization, the Yale College Council, and Captain of the varsity baseball team. Will is a Presbyterian Church elder, and a former Trustee of the Winston School of Dallas.

Articles by Will Pryor