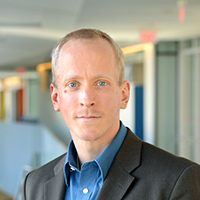 Wesley Helms is a mediator, trainer, facilitator and designer of dispute resolution systems. By using his background in alternative dispute resolution, dispute analysis, and information systems, he has worked to streamline private sector, public sector, and international dispute resolution processes for issues ranging from privacy and financial services claims, to labour grievances and energy deregulation processes. Mr. Helms has worked on numerous domestic and international projects. As Director of Mediation and Business Development with the American Arbitration Association he coordinated the mediation department and all educational programming. With Online Resolution he advised dozens of public agencies and private corporations in North America, Europe, South America, and Asia in developing accountable and transparent ADR claims processes. He has also worked with numerous groups as a trainer, facilitator, mediator, and convener including the Attorney General's Office of Massachusetts, the California Court System, the American Arbitration Association, and Online Resolution. Mr. Helms also speaks and writes on the benefits of organizational transparency in managing conflict and creating trust with e-citizens, staff, and consumers. In his work, he uses the Harvard Negotiation Project, its negotiation literature, and methodologies. He received his Master's Degree in Dispute Resolution from the Straus Institute for Dispute Resolution at Pepperdine University School of Law in 1999. His education focused upon dispute resolution, public policy, and technology. He also graduated Magna Cum Laude, Summa Cum Laude Senior Thesis Honors, with a degree in Psychology (Social) from Tufts University. Mr. Helms is currently writing Rethinking Conflict and Change, a book on conflict management for organizational leaders with Carter Smith from Temple University.