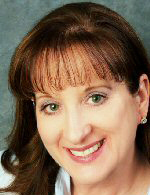 Vivian Scott is a Professional Certified Mediator and the author of Conflict Resolution at Work For Dummies.  She spent many years in the competitive and often stress-filled world of high tech marketing where she realized resolving conflict within the confines of office politics was paramount to success.  Through creative solutions to common conflicts she was able to bring various entities together, both internally and externally, for the betterment of projects and a productive working environment.
Prior to retiring from Microsoft in 1999 she developed the “America at Work” video series, a six-part program featuring small businesses employing technology in attention-grabbing ways.  “America at Work” aired on the USA Network and received the Silver Screen Award from the International Film and Video Festival for outstanding creativity.   Using discerning negotiation, mediation, and problem-solving skills, she successfully worked with others to co-create “How-to Guides”, “Seminar in a Box”, and even one of the first on-line Guerrilla Marketing books.

Since her retirement, Ms. Scott has gone on to earn a B.A. in Interdisciplinary Arts & Sciences with a concentration in American Studies from the University of Washington.  She completed an extensive practicum with the Dispute Resolution Center of Snohomish & Island Counties where she has mediated numerous cases, helping parties resolve conflict in workplace, family, and other disputes.  Her private mediation practice has handled cases ranging from assisting business partners in ending their relationship to creating a new working environment within a law firm.  Ms. Scott is a member of the Washington Mediation Association and spends a majority of her time advocating embracing peace in a volatile world.

Her book, Conflict Resolution at Work For Dummies, can be found in bookstores, on www.amazon.com, www.dummies.com, or any number of on-line bookseller sites.