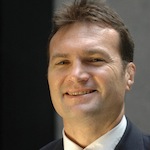 Anthony Dempsey began his career specialising in banking litigation with national law firm Clayton Utz in 1990. Tony was the founding President and CEO of the Rugby Union Player’s Association (‘RUPA’) in 1995. He negotiated and secured on behalf of its members (the Wallabies and Super Rugby players) in 1997, 2001 and again in 2004 Collective Bargaining Agreements (‘CBA’) with their employers. These agreements regulated the employment conditions of the players. The 1997 CBA was world rugby’s first and represented a watershed in industrial relations in professional rugby worldwide.
During his time with the RUPA between 1995 and 2009 Tony was instrumental in resolving many complex high profile industrial, commercial and contractual disputes between the Associations members and their employers through a variety of methods including negotiation, mediation, conciliation, arbitration and litigation.
Tony was appointed founding Chairman of the International Rugby Players’ Association Inc in September 2001 – an organisation whose members comprise player associations from France, England, South Africa, New Zealand, Wales, Ireland and Australia. IRPA represents the employment interests of international rugby players worldwide on issues common to them – a position he held for four years.
Tony holds both a Bachelor of Law and Economics from Macquarie University (1990). Tony has completed at the Australian Graduate School of Management the Senior Management Development Course and the Advanced Negotiations Skills Program. Tony is also a accredited mediator with the Australian Commercial Disputes Centre.
Tony is a adjunct presenter at the College of Law NSW for the workshop "Negotiation and Alternative Dispute Resolution".