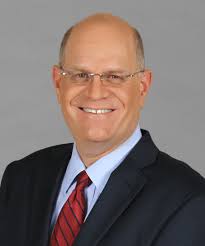 Hon. Scott J. Silverman (Ret.) joined the JAMS panel of neutrals after nearly 22 years on the bench in Miami. He distinguished himself as a stellar judge and one of South Florida’s highest rated circuit court judges.

Known for his keen intellect, down to earth manner, and pragmatic approach to problem solving, Scott J. Silverman fosters an atmosphere that is conducive to achieving positive results, and he is determined to achieve a successful outcome, regardless of the complexity or the time needed.

As a jurist, Judge Silverman presided over tens of thousands of cases. He believes that a trial is the most inefficient way of resolving a conflict. The “abyss of litigation,” as he calls it, can be aggravating, time consuming, expensive, and places the lives of otherwise productive people on hold. His experiences and breadth of knowledge can prove useful to the parties as they work towards the conclusion of their case.

Scott J. Silverman is available to serve as a mediator, arbitrator, special magistrate, neutral evaluator, private judge, or umpire. He is available to preside over mock trials.