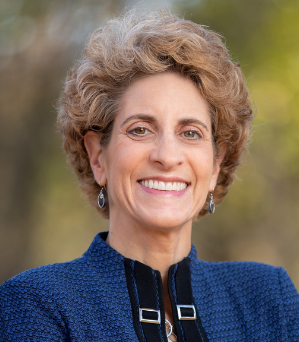 In law school, Professor Cole was Editor-in-Chief of the University of Chicago Legal Forum and won the award for best paper written in the law school in 1990. Following law school, she clerked for the Hon. Eugene A. Wright of the United States Court of Appeals for the Ninth Circuit.
Professor Cole practiced labor and employment law with Heller, Ehrman, White & McAuliffe in Seattle and Seyfarth, Shaw, Fairweather & Geraldson in Chicago before joining the faculty at Creighton University School of Law. While at Creighton, and now at Ohio State, Professor Cole has focused her research on the legal issues and policy that have arisen as a result of the increased use of alternative dispute resolution.
She teaches primarily in the Alternative Dispute Resolution area, but has also taught Torts, Remedies, and Administrative Law. Professor Cole has published articles in Houston Law Review, BYU Law Review, Georgia Law Review, Hastings Law Journal, the UNLV Law Review, and the Ohio State Journal on Dispute Resolution.
Professor Cole is co-author, with Professor Nancy H. Rogers, Dean Craig McEwen, Professor Jim Coben, and Professor Peter Thompson of Mediation: Law, Policy and Practice (3d. ed. 2011), the leading treatise in the field of mediation, and co-author with Nancy H. Rogers, Frank Sander and Stephen Goldberg of Dispute Resolution: Negotiation, Mediation and Other Processes (5th ed. 2007), one of the leading dispute resolution casebooks in the country.
In 2005, she was named the Squire, Sanders and Dempsey Designated Professor of Law. In 2006, she became Director of the Program on Dispute Resolution.
She is a member of the Disupte Resolution Committee for the AALS and a regular speaker on ADR topics at national meetings. She was a member of the academic advisory faculty that consulted with NCCUSL and the ABA regarding the drafting of the Uniform Mediation Act. She also consults regularly with the OSBA dispute resolution committee and the Ohio Supreme Court Commission on Dispute Resolution on dispute resolution issues arising in Ohio.