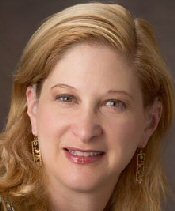 Sara Laufer Batinovich is a demographer with over 15 years of experience in life cycle and health disparities research and analysis.  A consultant since 1994, her clients encompass businesses in a broad range of industries, including technical, educational, legal, medical, and financial domains. She has specialized experience conducting research and analysis for lawyers on topics that arise in their cases.
She also writes, and is working on texts that explore the consequences that current demographic events will have on demographic processes worldwide.  Her self-help book on hearing loss in the working-age population is contracted to be published by Gallaudet University Press, and her websites, whatgirl.net and saralaufer.com, draw over 8,000 visitors each month to her research on demographic and policy implications of contemporary health and aging issues.  In 2006, Ms. Laufer Batinovich published Characters by the Numbers: Using Demographics To Create Memorable Personalities in Your Writing (CafePress.com, 2006).  This resource for writers received top scores for structure, organization, and grammar in the Writer's Digest 15th Annual International Self-Published Book Awards (2007).
Ms. Laufer Batinovich's previous positions include internal systems project manager and analyst for the @Home Network (later Excite @ Home), disability commissioner for San Mateo County in California, demographer and project manager in Stanford University's Center for Health Policy (where she also served as co-project director of Stanford's Global Healthcare Productivity project), and principal statistician in the University of California, San Francisco's Bixby Center for Reproductive Health Research and Policy.
Her authored and co-authored papers have been published in Hearing Loss and Medical Care, and she has co-authored posters and presentations for the American Diabetes Association, the International Health Economics Association, the Population Association of America, and the Society of General Internal Medicine.  She was a contributing author for the Evaluation of the DOL [Department of Labor] Disability Employment Grants: Revised Final Report, June, 2001 (Oakland: Berkeley Policy Associates, 2001), and a data analyst for the Survey Report: California Statewide Independent Living Needs Assessment. An InfoUse Report (Sacramento: California Department of Rehabilitation, 1995).  As a teenager, she was an associate editor of Listen to Us: The Children's Express Report (New York: Workman Publishing, 1978), an anthology of children's discussions about their lives.
She holds a bachelor's degree in rhetoric (Phi Beta Kappa), and a master's degree in demography from the University of California at Berkeley, where she was awarded a Hewlett Foundation Fellowship as a graduate student.  As an undergraduate, Ms. Laufer Batinovich broke new ground by coding the first HTML term paper in the humanities division at Berkeley.  She has also completed the RAND Summer Institute in the Demography, Economics, and Epidemiology of Aging in Santa Monica, California, and many seminars on the protection of human subjects in research.  She is a member of the Population Reference Bureau, and a participant in the Bay Area Colloquium on Population. In 2005, Ms. Laufer Batinovich was honored as the inaugural recipient of the Distinguished Alumnus Award by the UC Berkeley Demography Department.  She and her family live in Federal Way, Washington.