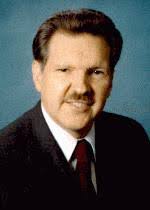 Robert A. Grey is an attorney in Melville, Long Island, New York, serving Long Island, the Five Boroughs of New York City and the New York Metropolitan Area. He maintains a general practice with emphasis on Alternative Dispute Resolution (ADR), including Mediation and Arbitration, Elder Law, Decedent’s Estates, Real Estate, Family and Matrimonial matters, and Labor and Employment Law. He is admitted to practice law in New York, Washington, D.C., the Federal Eastern and Southern Districts of New York, and the United States Supreme Court.
He is on the mediator panels of the United States Equal Employment Opportunity Commission (EEOC), United States Postal Service (including the Blue Ribbon Redress II panel), Federal Courts of the Eastern and Southern Districts of New York, and New York State Supreme Court Appellate Division 2nd Department. He is also on the arbitrator panels of the Federal Court of the Eastern District of New York, New York State Supreme Court Appellate Division 2nd Department’s Fee Arbitration in Domestic Relations Program and the New York City Civil Court.
Mr. Grey is a proponent of the use of ADR in all areas of law and human interaction. His background includes intensive training in Transformative Mediation as well as joint training by the United States EEOC and Cornell University School of Industrial & Labor Relations in Evaluative Mediation.
Mr. Grey also coaches and trains individuals and organizations on diversity, communication and anger management.