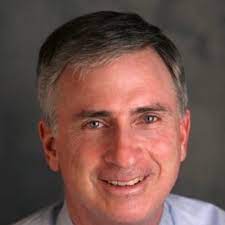 Rob Fersh is the Founder/Senior Advisor of Convergence Center for Policy Resolution, a non-profit organization founded in 2009 to promote consensus solutions to issues of domestic and international importance. Immediately prior, Rob served as the United States country director for Search for Common Ground, an international conflict resolution organization. While at SFCG, he directed national policy consensus projects on health care coverage for the uninsured and U.S.-Muslim relations.

In the 1986-98 period, Rob served as president of the Food Research and Action Center (FRAC), a leading NGO working to alleviate hunger in the United States. Rob also served on the staffs of three Congressional committees, working for U.S. Representative Leon Panetta and for Senators Patrick Leahy and Edmund Muskie. While a Congressional staff member and at FRAC, he was deeply involved in shepherding passage of bipartisan legislation to reduce hunger in the United States.

Rob has held additional positions in the federal executive branch and non-profit sector. He was a 1994 recipient of the Prudential Foundation Prize for Non-Profit Leadership. Rob holds a law degree from Boston University and a bachelor’s degree in Industrial and Labor Relations from Cornell University, where he has served as a guest lecturer and co-instructor of a course on collaborative decision making and public policy. He is married, has four children, and two grandchildren.