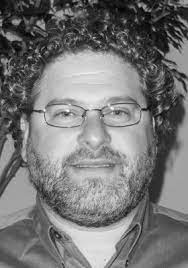 Philip S. Moses serves as CADRE's Assistant Director. As Assistant Director, Philip manages CADRE's use of advanced technology as well as traditional means to provide technical assistance to state departments of education in order to improve the effectiveness of special education mediation systems. He also supports parents, educators, administrators, attorneys and advocates to benefit from the full continuum of dispute resolution options that can prevent and resolve conflict. Since 1987, Philip has mediated, case managed, and observed thousands of mediations under the auspices of the New York State Unified Court System, as well as in the public, private, and not-for-profit sectors. Philip was formerly Coordinator of the Program on Public Policy Dispute Resolution at the Government Law Center of Albany Law School. He was also an Adjunct Faculty member of Albany Law School teaching courses on mediation and alternative dispute resolution, and served as an adjunct faculty member for Siena College's Peace Studies Program. Philip served as President of the New York State Dispute Resolution Association from 1995 - 1997. Formerly the director of the Dispute Resolution Center of Onondaga County, he also founded the Institute for Advanced Conflict Resolution Skills based in Syracuse. Philip co-founded the Campus Mediation Center at Syracuse University where he completed a Masters degree with a Certificate in Conflict Resolution. He is a certified mediator and certified trainer for the New York State Unified Court System's Community Dispute Resolution Centers program, and holds several others certificates in the field.Philip has consulted, conducted training workshops and giving presentations to a variety of national and state-based organizations and agencies including the Technical Assistance Alliance of Parent Centers; the National Early Childhood Technical Assistance System; the National Association of State Directors of Special Education; the National Association of Mediation in Education; the National Conference on Peacemaking and Conflict Resolution; the Society of Professionals in Dispute Resolution; the Council of State Governments; the Internal Revenue Service; the U.S. Department of Education; the Federal Highway Administration; the Oregon Dispute Resolution Commission; the Colorado, Mississippi, and North Dakota Parent Training and Information Centers; the New York State Office of Vocational and Educational Services for Individuals with Disabilities; the New York State Department of Environmental Conservation; the New York State Public Service Commission; the New York Planning Federation; the Public Service Workshops Program of Rockefeller College, State University of New York; the New York State Dispute Resolution Association; the New York State Unified Court System; and the Heartland Mediators Association based in Kansas City.Philip Moses has been a professional mediator, trainer, and consultant in the field of conflict resolution since 1983. He has consulted with a wide variety of clients throughout the United States including governmental agencies, educational institutions, religious organizations, not-for-profit services, for-profit corporations, and arts groups. He has also taught courses and lectured at a number of colleges and universities throughout the United States.Philip chaired The First National Symposium on Dispute Resolution in Special Education which convened in Washington, D.C., November 2000; Beyond Mediation: The Second National Symposium on Dispute Resolution in Special Education which convened in Washington, D.C., November 2002; Moving Upstream: The Third National Symposium on Dispute Resolution in Special Education which also convened in Washinton, D.C., December 20004; the 8th New York State National Conference on Dispute Resolution hosted by the Government Law Center of Albany Law School in Saratoga Springs, New York, October of 1996, and "Dispute Resolution and the Public Sector: Building Bridges to the Future" held at Albany Law School, March 1998.