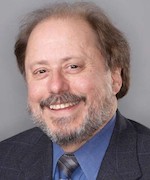 Paul Monicatti is affiliated with Professional Resolution Experts of Michigan, LLC. He’s been an arbitrator since 1983 and a mediator since 1986 in all areas of the law except family law and criminal law. He’s earned the highest ratings possible from Martindale-Hubbell, Best Lawyers in America, Super Lawyer, U.S. News and World Report, Crain’s Detroit Business, dbusiness magazine, and the international Who’s Who Legal: Mediation.  He was named Best Lawyers’ 2011 Detroit Area ADR Lawyer of the Year. He’s served as a court-appointed mediator, arbitrator, facilitator, case evaluator, receiver, expert witness, umpire, and referee. He authored the chapter on Mediation, Arbitration and other Dispute Resolution Methods in addition to co-authoring a chapter on Settlement, Negotiation and Alternative Dispute Resolution for ICLE’s Michigan Civil Procedure.  He also teaches ADR Skills For Advocates at Western Michigan University Cooley Law School.