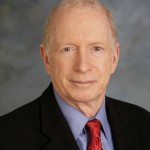 Judge Mahoney is noted for his ability to listen, probe, and express opinions where appropriate. The skills he developed as a civil litigator tempered with his broad judicial experience have shaped his ability to work with parties and counsel in a myriad of settings including business, government, non-profit, and family.
ADR Experience and Qualifications