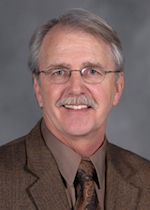 Active in the field of peace and conflict studies since the early 1980s, Patrick Coy has been the editor of the annual research volume, Research in Social Movements, Conflicts and Change, editing eight volumes of the series since 2000. He has also edited two other books (Social Conflicts and Collective Identities, and A Revolution of the Heart: Essays on the Catholic Worker). Dr. Coy has most recently co-authored Contesting Patriotism: Culture, Power and Strategy in the Peace Movement, published in 2009. Notably, his co-authored article, "Discursive Legacies: The US Peace Movement and Support the Troops," published in Social Problems, received the "Best Published Article Award for 2008" by the American Sociological Association's section on Peace, War and Social Conflict.

Professor Coy's research has been funded by the National Science Foundation, the Hewlett Foundation, the Albert Einstein Institution, the Council for International Exchange of Scholars, the American Sociological Association, and by the University Research Council of Kent State University. Patrick Coy was a Fulbright Scholar at the University of Botswana in 2000-10. He currently serves on the Board of Directors of the International Peace Research Association Foundation and the Board of Directors of the Cleveland Mediation Center. Professor Coy provides workshops and trainings in various aspects of conflict resolution, mediation, and nonviolent action to community, educational, and international groups.