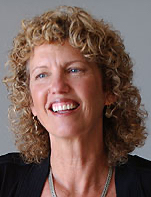 Nina Meierding has been a full-time mediator and trainer for over thirty years and has handled over 4,000 disputes in her practice. An adjunct professor at Pepperdine University’s Straus Institute for Dispute Resolution for over 25 years, Nina has also taught at many other academic institutions, as well as both the National Judicial College and the California Judicial College. She has provided training throughout the world to court systems, corporations, governmental agencies, school districts, law firms, public entities, medical groups,and non profits in negotiation, communication, mediation, culture and gender issues, including England, Scotland, Ireland, the Netherlands, New Zealand, Canada, Sweden and India.

Nina is the former president of the Academy of Family Mediators and served on the Board of Directors for the Association for Conflict Resolution, as well as many other organizations. She has received numerous awards for her work in the conflict resolution field, including the John Hayne’s Distinguished Mediator Award from the Association for Conflict Resolution and the Lifetime Achievement Award from the American College of Civil Trial Mediators. She is an honorary fellow of the International Academy of Mediators and an emeritus fellow of the American College of Civil Trial Mediators.