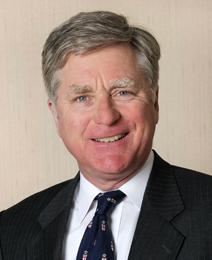 Nicolas Ulmer is an expert and specialist in international arbitration. He has acted as counsel in over 75 international arbitrations and as arbitrator in more than 25 cases.
His work has included some of the highest-stakes and
complex cases originating from the former Soviet Union
as well as major cases in Western Europe and Latin America.
He has also conducted numerous arbitrations involving
medium-sized businesses.

Mr. Ulmer posses particular experience in disputes between
shareholders or relating to joint-ventures, sale and
distribution contracts, raw materials (in particular metals),
commercial contracts and hotel contracts. In addition,
he regularly provides counsel on questions concerning
international commerce, or international private law.
Mr. Ulmer figures in the “European Legal Experts” list
of international arbitrators and in the Who’s Who
of International Arbitration.

Before joining Budin & Partners in February 2009,
Mr. Ulmer was a partner and co-director of the international
arbitration department of a major American law firm,
and earlier in his career, he practiced in another major
international American law firm in their Washington DC
and Paris offices.  Mr. Ulmer has published numerous works
and has participated in numerous conferences on international
arbitration.  His most recent publication is
“The Cost Conundrum”, Arbitration International,
Vol. 26, No. 2, pp. 221-250 (2010).
Languages: