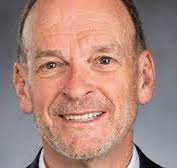 Matthew Rushton began a career as a legal journalist in 1997 writing for The Legal 500 in the UK, continental Europe, and Asia Pacific regions. He subsequently wrote for a wide range of legal periodicals in the UK and US, including Legal Business magazine where he was a senior reporter and litigation editor (2000-2003). As a business journalist he is widely published in magazines and newspapers, including nationals like The Daily Telegraph. He is also the author of Writ Large, a 400-page biography of US attorney David I. Shapiro published in 2006. Other books to which Matthew has contributed include a chapter about the English Court in Journalism That Matters, a text book published in New York, about how journalists shape the industries they cover.
In 2007 Matthew founded Empirical Publishing, an online legal publisher focused on ADR. Matthew was the publisher of The Mediator Magazine and later The Mediator Directory, the latter becoming the UK’s first national feedback repository for users of commercial mediation. In 2009, Matthew launched an ADR brokerage site,DisputesLoop.com, designed to bring together ADR users and practitioners. In tandem with the above, Matthew worked as a consultant advising in relation to a number of ADR-related ventures.
He is a regular speaker on ADR topics at conferences, and joined JAMS International in May 2011.