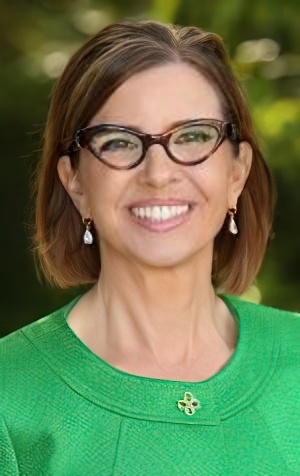 A member of the Neuroleadership Institute, Lucia has specific training in behavioral science, and how real people act in real conflict situations and decision-making. She is the Founder and Principal of her firm, Pactum Factum, which specializes in negotiation and dispute resolution; and a mediate.com Certified Online Mediator.

Lucia has been practicing law since 1998. Ten years of her practice included regular clinical teaching positions in Mediation, and Negotiation and Settlement at UC Hastings and UC Berkeley Law. She has also been a visiting lecturer at many prominent law and business universities in the U.S. and Europe; and served for a number of years as an annual Competition Judge and Mediator for the International Chamber of Commerce in Paris, France.

Lucia was one of the small team of original designers of the Equal Employment Opportunity Commission’s pilot mediation program in 1996 for the San Francisco Regional Office, and later received her mediation certification from Harvard Law School's Program on Negotiation. She has consulted and mediated general civil and business disputes; community disputes; and specializes in employment and special education related disputes. Her law practice has included both private and public service as well as non-profit advocacy. She previously practiced employment law in Orrick's San Francisco office; and was an in-house employment attorney for the Judicial Council of California, Administrative Office of the Courts (AOC), the policymaking body for the entire California court system.