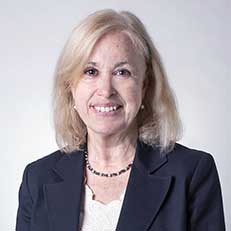 Professor Lisa Blomgren Amsler (formerly Bingham) has served on the faculty since 1992. She is an expert in collaborative governance, public engagement, dispute system design, dispute resolution, and labor and employment law with more than 140 published works. Her 2005 article on new governance practice (co-authored with Tina Nabatchi and Rosemary O’Leary) was named one of the “75 Most Influential Articles” of the past 75 years by Public Administration Review and in the top one percent of most-cited articles in public affairs in the past 30 years. Discussions in Dispute Resolution: The Formative Articles (Art Hinshaw, Andrea Kupfer Schneider, and Sarah Cole, eds., Oxford University Press) named her article "Employment Arbitration: The Repeat Player Effect" as foundational to the field. Her lead article on workplace mediation (co-authored with Cynthia J. Hallberlin, Denise A. Walker and Won-Tae Chung) and published in Harvard Negotiation Law Review, is among the Social Science Research Network's most downloaded articles in conflict resolution.

A fellow of both the National Academy of Public Administration and Labor and Employment Relations Association, Amsler has received national awards from the American Bar Association Section of Dispute Resolution for Outstanding Scholarly Work (2014), the Rubin Theory-to-Practice award from the International Association for Conflict Management for research that affected practice (2006), and the Abner award from the Association for Conflict Resolution for excellence in research on labor and employment relations in the public sector (2002). She received the Dwight Waldo award from the American Society for Public Administration (2019) for distinguished contributions to the professional literature of public administration. Her newest book is Dispute System Design: Preventing, Managing, and Resolving Conflict (with Janet Martinez and Stephanie Smith, Stanford University Press 2020). In 2020, Indiana University awarded Professor Amsler its Bicentennial Medal.

Amsler is also the Saltman Senior Scholar at the William S. Boyd School of Law, University of Nevada, Las Vegas.