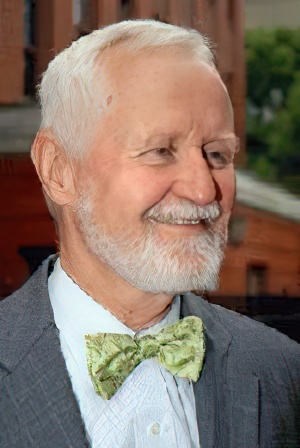 Partner in Healy, Lund and Fiske, now Healy, Fiske, Richmond, & Matthew, since September 1, 1979. From being lawyer and mediator about half and half in the beginning, I am now about 99% mediator and 1% lawyer. I also conduct mediation trainings.
My wife and I took our 3 children, ages 17, 14 and 12, out of school in June, 1978 and we bicycled through Europe and backpacked in Asia for a year, deciding in about April 1979 that when we returned to Boston I would become a divorce mediator. Back home I started  talking to judges, lawyers, therapists, ministers, teachers and anyone who would listen. People thought I was a meditator because no one knew what mediation was, back then. When I said, "I help couples sit and talk and listen to each other and get divorced peacefully," the almost universal response was "That makes so much sense."  Harvard Law School Professor Frank Sander said, "You are riding the crest of a wave, but don't give up your day job."
A Massachusetts probate judge, the late Sheila McGovern, recommended I join the law firm of Healy and Lund. Regina Healy and Diane Lund did what she said, and they changed the name of the firm to Healy, Lund and Fiske. They taught me family law and I taught them mediation. Probate Judge Edward M. Ginsburg believed in the process and sent cases to me. My first mediation began with the wife addressing her husband, their two lawyers and me: "We understand we are some sort of experiment!"
After two years of mediating divorces I had my first mediation training when John Haynes and Steve Erickson came to Worcester. Then Margaret Shaw joined with the Mass. Bar Association in 1985 to provide more divorce mediation training, and Chris Moore did the same in 1987. Diane Neumann, Phil Woodbury and I founded Divorce Mediation Training Associates in 1988 and we have been training people in divorce mediation ever since.
I have probably mediated about 2,000 divorces, separations and contracts to stay married since 1979. In response to requests from families I have expanded my mediation practice to include a broad range of disputes, from siblings trying to decide questions of care of a relative to a father and son reaching a financial agreement. I have volunteered my services as a mediator to my town government: in one case I helped to resolve a dispute between citizens and a town official. The point: mediation is a creative, efficient process for addressing  human conflict. You get a place to talk. You stay in charge of your life.