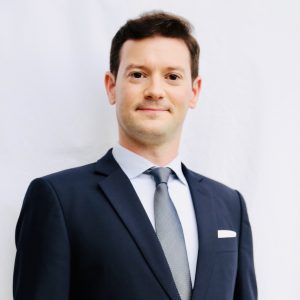 Originally from London, Ilan has worked in several countries, including the UK, China and Israel, and in industries as diverse as finance, government and education. He has degrees in East Asian Studies from the University of Sheffield and Conflict Resolution & Mediation from Tel Aviv University.

Starting professional life working for an American bank in London, Ilan moved to Beijing in 2009 to deepen his knowledge of China and learn Mandarin. He also worked for the UK government in the Chinese capital before relocating to Israel for graduate studies. Ilan worked with several prominent NGOs and universities there before returning to China to join the newly-established Asian Infrastructure Investment Bank. He was later based in Shanghai helping international companies manage their operations in the Chinese market.

Ilan is an accredited mediator and during the pandemic established Orchid Mediation 义兰调解 with the purpose of helping people resolve interpersonal, intercultural and international disputes quickly, confidentially and cost-effectively using mediation.