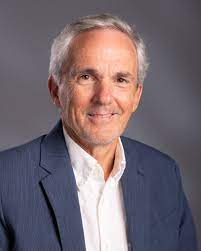 Greg Bourne has been designing and conducting public involvement programs for more than 25 years, and mediating the resolution of public policy issues for nearly twenty years. After ten years as an environmental consultant, he co-founded the Consortium on Negotiation and Conflict Resolution, and the Southeast Negotiation Network, while on the faculty of the Georgia Institute of Technology in 1986. In 1996 he established the Center for Civic Participation and Renewal, a non-profit organization focused on enhancing civic engagement and public decision making. He has been affiliated with the Center for Collaborative Policy since 2001.

Mr. Bourne has worked with elected and administrative officials at every level of government, business leaders, representatives of community and environmental advocacy groups, and many other stakeholder organizations. He also has conducted training courses on topics related to negotiation, conflict resolution and public involvement since the mid-1980's. He has published numerous articles on these topics, and as an occasional newspaper columnist written about issues associated with civic engagement and renewal. He is past Co-Chair of the Environmental/Public Policy Section of the Association for Conflict Resolution. He received a Masters in Environmental Engineering Science from the University of Florida and conducted post-graduate studies at the Harvard Program on Negotiation.

Bourne is currently working on a diverse array of projects including a negotiated rulemaking for the Golden Gate National Recreation Area, water forums for the Bay Area and Fresno regions, a desalination planning handbook and air quality work in the Los Angeles basin.